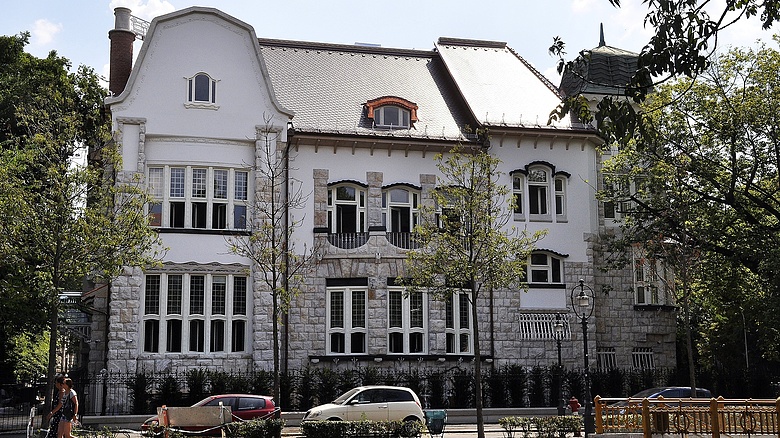 This program sends the title of the article and the introductory article by e-mail; all you have to do is enter the e-mail address of the recipient.
You can also add a few lines of comment in the "Comment" section.

The Hungarian Association of Journalists (MÚOSZ) moves to the former headquarters of Andrássy út 101 under the Hungarian Academy of Arts (MMA).

After the reconstruction work of the monument and the protected building, the new headquarters of the MMA was established by joining the Secessionist Villa (Freund-villa) on the corner of the former headquarters of MÚOSZ (Shanzer-villa) and Bajza utca

MÚOSZ released the building in 2006 and moved out of the house in May 2008. It was purchased by the state of the then private owner 6 years later in 2014 for two billion. In the same year the MMA announced that Andrássy Avenue will build its new headquarters in a building complex under number 101. – Bajza 31. The reconstruction started in 2016 and the move ended on 21 August.

In addition to the former headquarters of MÚOSZ, the MMA received the Műcsarnok, Pest Vigado, Budakeszi út, Hilde and Pest County in the past five years, (1968) [foto] Picture by József Balaton