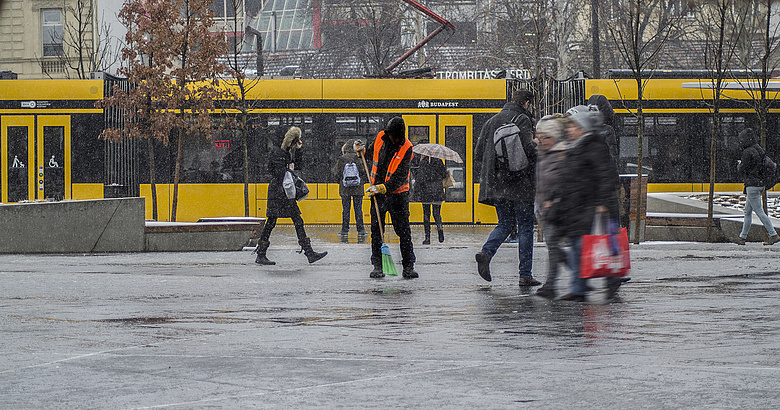 Due to the repair of the tram after the storm, the trams 56 and 61 travel from the terminals from South Buda to Budagyöngye. Buses between Budagyöngye and Hűvösvölgy are marked with a 61-sign, which stops at the bus stops of 956, according to MTI as announcement.

Earlier, the BKV reported that a large quantity of rainwater washed the loading side on tram line 61. Now they build a perimeter that can drain extreme amounts of rainwater; electricity can be resumed in the second half of the week.