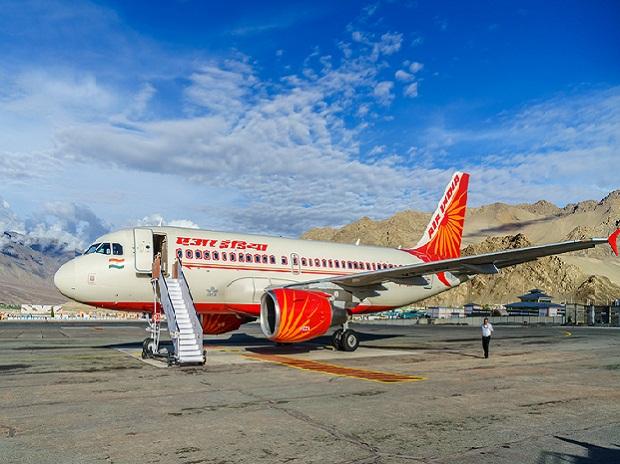 While the government is working on ways to reverse Air India, Minister of Civil Aviation Suresh Prabhu said that the national airline has "unsustainable debt" and that old problems must be dealt with.

Loss-making Air India is estimated to have an indebtedness of more than Rs 480 billion and the government's efforts for strategic divestments of society failed in May.

"Air India is clearly an old problem, Air India's debt is untenable, forget Air India, no one can blame it, because any airline that maintains that debt is not possible," Prabhu said in an interview to PTI.

The best way is to look at how to deal with the old problem, he added.

Air India has suffered losses since the merger with Indian Airlines in 2007.

According to its audited accounts, the cumulative loss of the airline in the 2016-2017 fiscal year was Rs 471.45 billion.

A high interest burden, increasing competition, high usage rights for airports, adverse effects of exchange rate variations and liberalized bilateral transactions for foreign airlines leading to overcapacity on the market are, according to civil aviation, among the main reasons for the losses.

A revival strategy is now being developed, as the government aims to make the airline "competitive" before giving a new push for divestment.

On Tuesday, a senior official from the Treasury Department said the government was transferring Air India's non-core assets and "unsustainable debt" to a special purpose vehicle in the framework of measures to revitalize the national airline. .

The airline continues to float on a rescue package that was extended in 2012 by the previous UPA regime.

In the current fiscal year, the airline received a capital injection of Rs 6.5 billion until June. A Turnaround Plan (TAP) and a Financial Restructuring Plan (FRP) were approved for Air India in 2012.

Earlier this month, the Ministry told the Rajya Sabha that the government remains determined to divest Air India, but has no plans to abandon the national airline altogether.

On the situation of domestic airlines, Prabhu said that when fuel prices go up, the airlines are hit hard because they are variable costs and can not be included directly in the business model.

"Now, we will have to work on it, not only in India, but globally, some of the global airlines have serious problems," he said during the interview.