Bandhan Bank looks at options to reduce the promoter's commitment 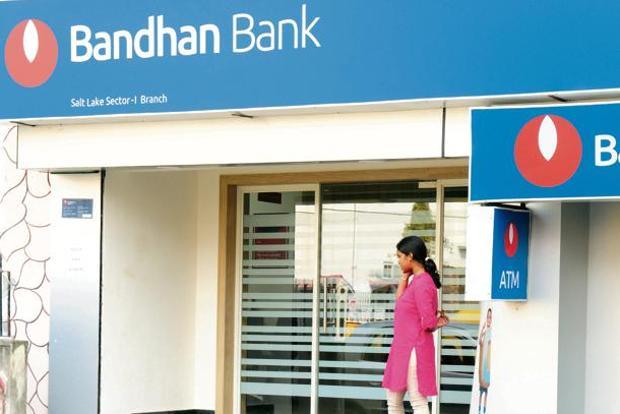 Mumbai: Bandhan Bank investigates inorganic opportunities to reduce the interest of promoters after the Reserve Bank of India has fallen heavily on the bank because the share of its non-operating financial holding company (NOFHC) has been reduced to 40%. In a conference call with equity analysts on Saturday, bank officials also said they were evaluating novice non-banking companies at the NOFHC level.

According to the RBI regulations, a NOFHC may engage in non-bank financial services three years after starting a business activity. "The bank could look at other companies, such as asset management and insurance," Edelweiss Securities said in its note to investors.

The analysts' appeal comes a day after RBI has banned Bandhan Bank from opening new branches without approval and ordered Ghosh's salary to be frozen because it does not limit the share of NOFHC to 40%, as required under the license conditions. has reduced. In a statement to the stock exchanges on Friday, the bank had said that it was taking the necessary steps to comply with the shareholders' condition and that it would continue to cooperate with RBI.

That said, Bandhan Bank had recently explored inorganic growth opportunities. However, the planned acquisition of PNB Housing Finance did not materialize, which led to the delay in meeting the shareholder promoter's license requirement by 40% by August this year.

According to the Edelweiss note, the management of the bank closed every secondary issue until March 2019, because promoters had to comply with the requirements for a lock-in period of one year as part of the listing standards. The bank was operational in August 2015 and was listed on the stock exchanges in March 2018.

"Management said it was not looking for a Sebi dispensation for this purpose," the note added.

Another way to dilute a promoter's participation is to cancel the holding company's structure, a condition that was established when the bank license was applied for. Bandhan received a universal banking license under the RBI guidelines for 2013 for the licensing of new private banks, where a promoter had to hold the bank through a NOFHC. This condition was later withdrawn when the RBI came up with revised guidelines in 2016.

Bandhan Bank has a three-tier structure with Bandhan Financial Services, which holds 100% interest in Bandhan Financial Holdings, the non-operating financial holding company and also the promoter of Bandhan Bank with a 82.28% stake. The management clarified that rescinding this structure would require a special dispensation from the RBI, said the Edelweiss.

Although the management brought the promoter's task from 82% to 40%, perhaps a difficult task in the short term, the management expressed confidence that the regulator could offer some relaxation, since the bank is taking steps in the right direction.

Regarding the limitations of the expansion of subsidiaries, Bandhan Bank clarified that it did not foresee challenges for the normal growth rate. It has 937 branches from the end of June and had plans to open 1,000 branches by the end of 1919. "The current number of offices is in fact sufficient to ensure growth in the next 2 to 3 years," the note said.

With the latest restrictions on Bandhan bank, RBI also sends a message that it has zero tolerance for non-compliance. In a speech at Mint's South Bank's banking concession in June, RBI Director Sudarshan Sen had warned that there is a greater need for compliance with rules and regulations. "We have given a long rope in the past, but we are cutting the backlash, and the bank regulation allows RBI to act not only against banks, but also against bank officials," warned Sen. "Compliance is not only for compliance teams. It starts directly with the CEO, from the business sector, "he had said.

The focus is now shifting to Kotak Mahindra Bank, which has to reduce its promotion task to less than 20% over the next three months. Uday Kotak, vice chairman and managing director of Kotak Bank, currently holds a 30.03% interest in the bank.

"Now that RBI is in a difficult position, it is unlikely that Kotak Bank will meet the dilution deadline of the promoter in December." Kotak may now have to rush to do acquisition management, but has said that Kotak never worried buyer, but circumstances are changing and time is running out, "IDFC Securities said in a note to investors.