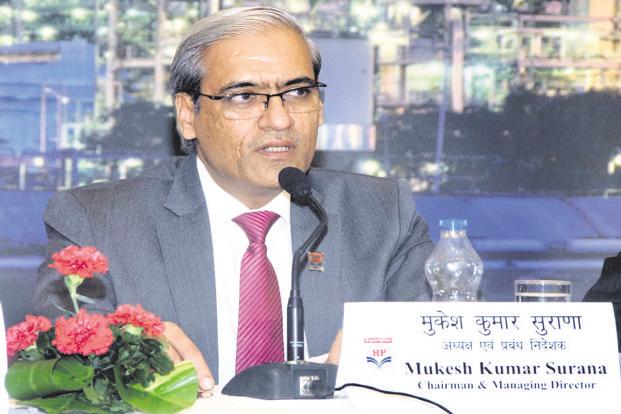 Mumbai: State-run oil trading company Hindustan Petroleum Corp. Ltd (HPCL) plans to build an underground liquefied petroleum gas storage facility (LPG) in Mangaluru, according to a top operator of the company. "We are reviewing the proposal and thinking seriously about setting up a facility and an announcement will soon be made," said M.K. Surana, chairman and director at HPCL.

It can set up the facility with France & # 39; s Total SA, or alone, add Surana. The cavern, the second such facility in India, will be set to about croupillery. Total SA and HPCL both have an LPG import facility in Mangaluru.

HPCL and Total SA have, via their joint venture, South Asia LPG (SALPG), an underground LPG storage facility with a capacity of 60,000 tonnes in Visakhapatnam, Andhra Pradesh. The facility was taken into use in 2007 with an investment of ₹ 333 crore. The Mangaluru facility may have a capacity of more than 60,000 tons.

"In LPG sales, HPCL remained the second largest marketer in India with sales growth of 8.5%, and remained the market leader in the non-national LPG segment with a market share in excess of 48%." the company in its annual report.

The location of HPCL and Total SA in Visakhapatnam was dug into the rocks to store LPG. It consists of two caverns of 19 meters high, 20 meters of base width and 160 meters of length, with mutual connections.

Apart from being safe for natural calamities and dangers such as sabotage and aerial bombardments, the caverns are leaky and fireproof.

Total SA is active in the lubricants and LPG segments in India. Last week it sold its 26% interest in the Hazira LNG terminal in Gujarat to Shell Gas BV, a subsidiary of Royal Dutch Shell Plc.

According to a senior executive of HPCL, the growing demand for LPG in India is the reason for the company to complete the contours of a new cave. "The Ujjwala plan has created an unprecedented expansion for LPG, which is an encouraging trend and our plan is in line with this," the management said, asking for anonymity.

According to the HPCL annual report for 2017-18, LPG consumption increased by 8% as a result of the implementation of various government systems such as Ujjwala Yojana.