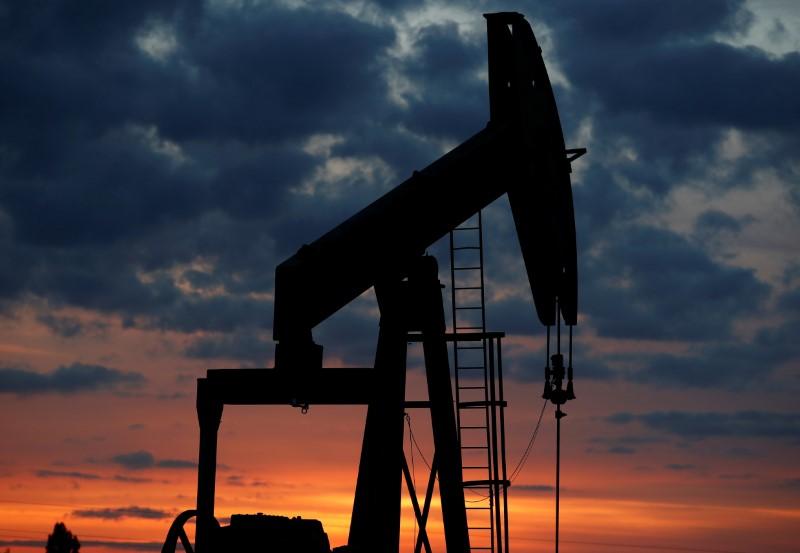 TOKYO (Reuters) – Oil prices fell on Friday, with US crude oil heading for a seventh weekly decline amid increasing concerns about declining global economic growth that could affect demand for petroleum products.

An oil pump is seen at sunset outside of Vaudoy-en-Brie, near Paris, France on April 23, 2018. REUTERS / Christian Hartmann

Brent is on its way to a 2 percent drop this week, a third consecutive weekly drop. WTI is on schedule for a seventh week of losses, with a decrease of more than 3 percent.

Data on Wednesday with a large amount of US inventories raised concerns about the prospects for fuel demand, while crude oil was also under pressure due to broader sales of industrial raw materials and the Turkish financial crisis.

China and the United States have implemented various trade interest rates and are threatening further export taxes worth hundreds of billions of dollars, which could slow global economic growth.

At the same time, the crisis that seizes the Turkish lira rattles emerging markets and reverberates over stocks, bonds and commodities.

U.S. data on Wednesday showed that raw output C-OUT-T-EIA increased by 100,000 barrels per day to 10.9 million bps in the week ending 10 August.

Asian demand is showing signs of slowdown, as trade disputes and a stronger dollar drag the economies of some of the world's largest oil buyers.