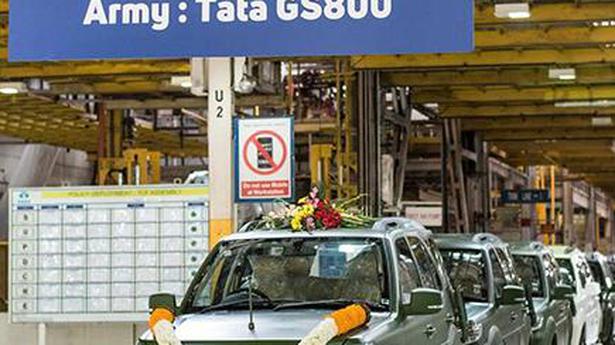 Tata Motors has announced the rollout of the 1500th GS800 (General Service 800) Safari Storme 4×4, made for the military, from its Pune facility.

The company had won an order to deliver 3,192 units of Safari Storme to the armed forces and delivered more than 1,300 vehicles. The Safari Storme GS800 has a minimum loading capacity of 800 kg. "With a 60% higher payload, more than 70% higher power and more than 200% higher torque, this vehicle is adapted to undergo tough, robust operating conditions, ranging from high-altitude rides, average snowy areas, crossing deserts to marshy countries, "the company said in a statement.

"We are extremely proud to roll out the 1,500th GS800 Safari Storme of the 3,132 order for the Indian Army, which has been specially adapted to meet the demands of Indian forces," said Vernon Noronha, vice president, defense and government company, Tata Motors.

The vehicle is packed with special features such as ABS, recovery hooks, jerrycan and fog lamps to meet the requirements of the military during missions.

Because it is a low-maintenance vehicle, it comes with bucket seats, mobile charging point, air conditioning, heating, demisting, electric windows and sufficient space in the cabin to accommodate six crew members.