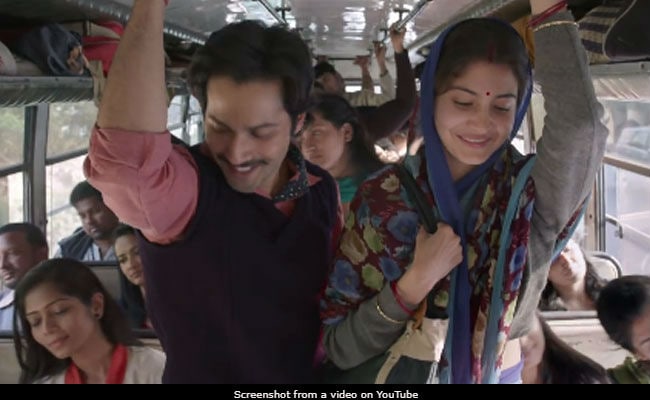 The first issue of Anushka Sharma and the long-awaited film by Varun Dhawan Sui Dhaaga is off. The makers released the first song with the title Chaav Laga, which depicts the endearing journey of Mamta and Mauji (the name of their characters in the film). It also shows the small things they discover about each other during that process. The soulful song was composed by Anu Malik and sung by Papon and Ronkini Gupta. The almost three-minute video is an emotional ride, starting with Mamta, which assures her sick mother that she is happy with Mauji and is ready to bear the consequences of setting up her own company. The chemistry of Anushka Sharma and Varun Dhawan in the video is indeed impressive.

Anushka Sharma and Varun Dhawan are currently promoting their new film Sui Dhaaga. Varun, who plays a tailor in the film, followed three months of workshops to perfect his sewing skills. Varun has also shared a promotional video on Instagram, where he can follow the training process. The 31-year-old actor shared the video and wrote: "Three months of training, learning and Mauji! Thanks to Darshan (the costume designer) and Noor bhai (the tailor on the sets), I can finally say that I now know how to sew. "

Speaking of his experience, Varun Dhawan said in an interview with IANS: "I knew I had a task at hand, I knew I had to master the art to convince people that I was a real master. # 39;ji& # 39 ;. Darshan and Noor bhai has helped me a lot and I have spent three months learning this skill. "

Sui Dhaaga is an inspiring story about a couple's fight for respect. The story also shows how they, as a self-employed, are unemployed. Directed by Sharat Katariya, Sui Dhaaga will hit the screens on September 28th.