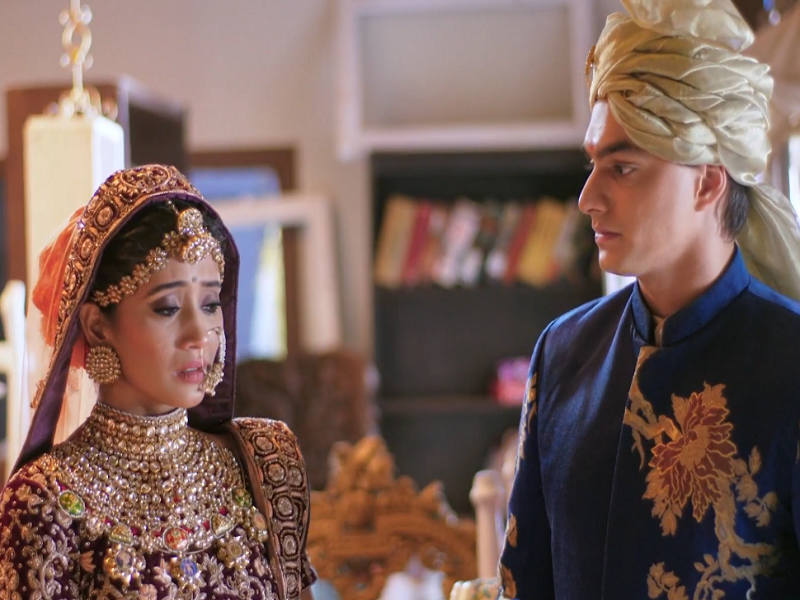 The episode of Yeh Rishta Kya Kehlata Hai begins with Kartik receiving a call from his lawyer telling him that the dates for his final hearing have been set for the same day but Kartik is not able to hear nothing.

Naira also receives a message from her lawyer, but can not read the text interrupted by Mohit. Nandini misses his mother while Bhabimaa is out for Pooja.

Rukmini receives a call from the jeweler again and wonders what he should do as he has no money to pay. Kartik and Naira remember their marriage.

Mansi talks about how he is frightened by marriage, seeing that he has seen one of the most perfect marriages of Naira and Kartik break off. Sulekha blames Kartik and Naira for the mess.

Naira wonders how nobody has seen Mansi leave. She starts looking around. He finds it in the warehouse. Call Kartik and both try to talk to Mansi to solve his doubts.

Mansi cries and says he has so many doubts about marriage since he saw the problems of Naira and Kartik despite being a perfect couple once. Naira and Kartik tell her that when someone loves, they do not have such negativity.

Anmol speaks with Mansi. They manage to calm down and Mansi prepares for the wedding. Kartik and Naira are very excited about thinking about their marriage. They are about to leave when a box full of old things from Kartik and Naira collapses.

They start to sort things out and remember their past while they see their wedding dresses and their photo album. Luv and Kush interrupt when the two are called.