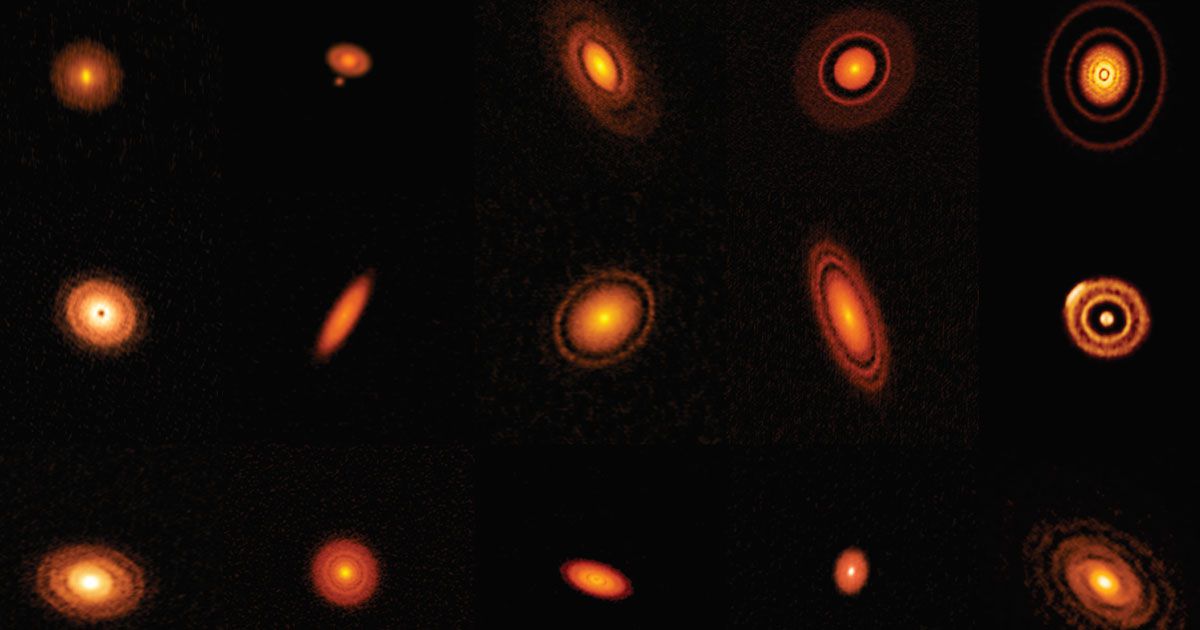 If you are looking for a new desktop background, we have 20 suggestions.

A protoplanetary disk is the ring of dust and gas around a young star. As time passes, the material in the disc begins to merge into larger and larger objects, with everything being formed from asteroids to full planets.

Thanks to a powerful system of radio antennas in the Chilean desert, we now have 20 stunning images with a high resolution of such systems – and they are more than desktop worth.

These images are the work of the Disk Substructures at High Angular Resolution Project (DSHARP), a program of the Atacama Large Millimeter Array (ALMA), a huge radio antenna system installed in the Atacama Desert in Chile.

According to the program's website, its purpose is to study the smaller objects in protoplanetary disks to determine how those objects are related to planet formation.

These images help to achieve that goal. According to a news release, the team was able to theorize on the basis of these ALMA data that large planets can form much faster than previously thought. They have also determined that the planets are usually far from their host stars.

In addition to these beautiful – and data-rich – images produced by DSHARP, last week an international team of researchers published the preliminary results of a study in which ALMA used to visualize 32 stars surrounded by protoplanetary discs.

It is clear that ALMA has proved to be one of our most useful tools for studying protoplanetary disks and that it has only been operational for five years. Who knows what good and useful data the array could produce in the future?