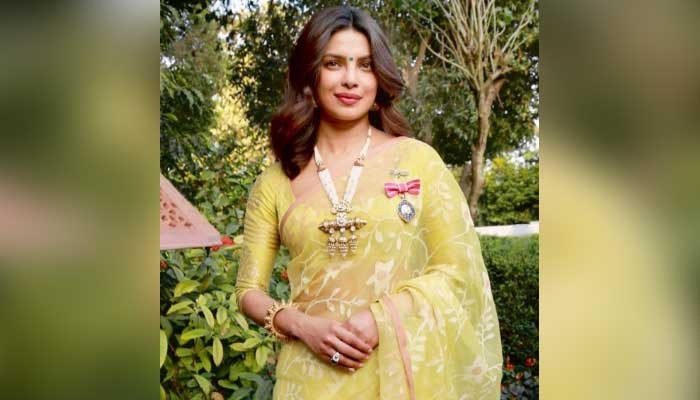 Acting sensation Priyanka Chopra shared an important throwback photo from when she received the fourth highest civilian award, the Padma Shri, in 2016.

In a photo on Instagram, the Quantico star shared the photo of herself wearing a lime green saari along with the badge.

The photo was accompanied by a long caption in which she wrote down her emotions and outlined the moments that led to the award ceremony.

“When I look at these pictures and think back to that day when I received the Padma Shri – the fourth highest citizen award in India, it brings back so many incredible memories. While it was certainly a personal achievement for me, it was so special it was. seeing the joy and pride it gave my family, ‘she wrote.

She described the sheer joy she felt when her family members attended the beautiful ceremony.

Priyanka also made a special mention of her future father, attributing him to her journey to stardom and beyond.

“With our military background I can’t even explain what an honor of this status meant to me and my family. My Nani (grandmother), Bade Papa (oldest uncle), my mother, brother and my masis and mami (aunts) They came with me that day and they were extremely excited to be with the iconic Rashtrapati Bhavan (the President’s residence) for the ceremony.

“Bade Papa came in uniform and as he looked at him beaming with pride, I really understood what a moment it was for all of us. All that was missing was my dad … even though he wasn’t there physically, I carried him with me. He was and is a big part of my journey. ”