8 outfits to be heard on NRC claims process 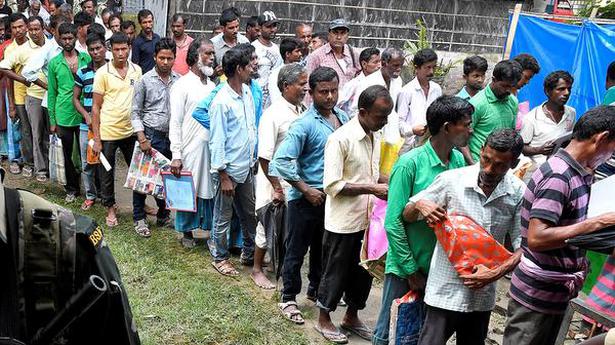 State NRC Co-ordinator Prateek Hajela informed a Bench of Judges Ranjan Gogoi and Rohinton Nariman that the opinions of various political parties on the NRC were sought by a State Sub-Committee in 2012-13.

However, the Bench shot down the idea of ​​involving political parties. Instead, the court ruled that the SOP should be examined by stakeholders and petitioners in the current litigation. The Court then named eight of them – Assam Public Works, Assam Sanmilita Mahasangha (Indigenous People's Organization of Assam), National Democratic Front of Bodoland (Progressive), Indigenous Tribal Peoples Federation, All Assam Bhojpuri Parishad, Joint Action Committee Bangali Refugees, All Assam Minorities Students' Union (AAMSU) and Jamait Ulama-i-Hind – for the purpose.

All eight have been asked to present their views on the SOP, consultation with the Assam government, Registrar General of India and Mr. Hajela, by August 25. The court ruled that it would finalize the modalities on the next date of hearing, that is, August 28. On the other hand, the Bench refrained from passing comments on the SOP as of now

The court directed Mr. Hajela to file, in a sealed cover, the percentage of the population in each district left out the final draft NRC. This information must be filed in court on or before August 25. The Bench further ordered Mr.

The Filing of Claims and Objections will begin from August 30, the Bench

On July 31, a day after the second and last draft of the NRC, the apex court had directed the authorities not to initiate any action against 40 lakh persons left out. The Bench ordered the government to frame a 'fair' SOP to deal with the claims and objections of those who did not find their names in the NRC.

"We want everybody to get a

The much-anticipated second and final draft of the NRC shows 2.9 crore names out of the total 3.29 crore who applied in Assam. The names of 40.07 lakh applicants were not included in the historical document considered as proof of Assamese identity. The first draft NRC was published in the intervening night of December 31 and January 1 and showed the names of 1.9 crore people.