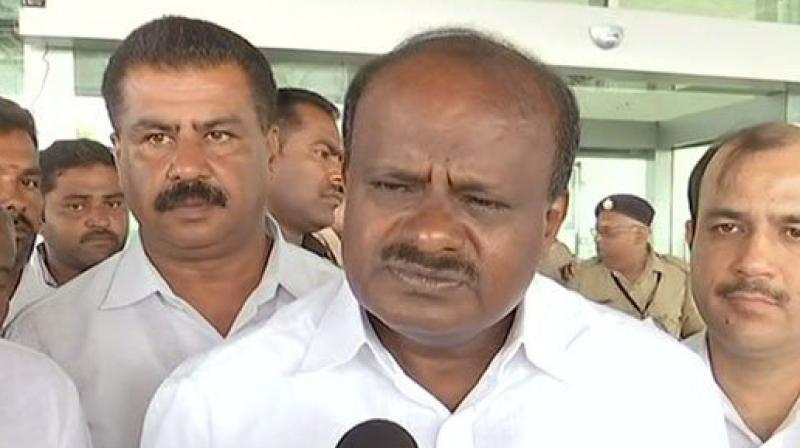 Bengaluru: Karnataka Prime Minister HD Kumaraswamy announced on Thursday a grant of Rs 200 crude for relief work in flood-affected landslides and landslides in the state due to uninterrupted rainfall.

He spoke to reporters after considering the situation in the polluted areas of Dakshina Kannada, Udupi, Chikkmagaluru, Kodu and parts of Hassan and Uttar Canada.

The chief minister said that with all commission commissions there were available 237.55 crore, and there was not enough funds to take relief measures.

He said district administrations are obliged to estimate the losses and submit the report in a few days.

Asked whether the state would move closer to the relief center, Kumaraswamy said it would certainly look for help to estimate the losses.

The chief minister, who held high meetings with senior officials and ministries, said the rains were harder than normal.

Ministers camped in the affected quarters and secretaries who were in charge of rushing into those places, he said. The head of the ministry said that 29 military camps were established and that 1,755 people provided shelter. The release said that so far two deaths were recorded in Kodom, one in Udag and Shivamogga.

There was a codex on them, and they were very crowded with floods and mudslides, and many people were stranded in various places. Helping the army was required to save people, the chief minister said. Although the helicopters were ready for rescue operations, they could not leave because of the harsh weather conditions. However, tomorrow will be resumed efforts to save them, he said, adding that there is enough food for the affected. "We have first-hand information on which we have decided to release Rs 200 crore and have sent officials to take relief," said the chief minister.