Nation is in solidarity with the flooded Kerala: Modi during Mann Ki Baat 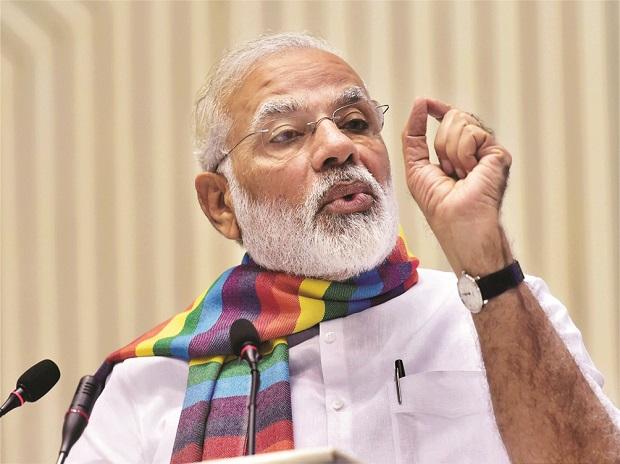 Days after the election committee ruled out the possibility of holding both Lok Sabha and Assembly polls simultaneously, Prime Minister Narendra Modi said on Sunday that the issue was gaining momentum when people shared their views.

"A discussion in the country is gaining momentum for simultaneous polls in states and cities, people share their views for and against, it is a good sign for a healthy democracy," Modi said in the 47th edition of his monthly radio program, "Mann Ki Baat ".

He also said that the late Prime Minister Atal Bihari Vajpayee has implemented fundamental reforms in the electoral process and deliberately resolved deficiencies regarding the people's representative.

"It will be a fitting tribute to Atal ji to develop best practices, sustainable efforts to strengthen democracy and promote open-minded discussions," he said.

Speaking of the floods in Kerala, the prime minister said that people from all walks of life across the country have supported people whose lives have been devastated by the enormous floods.

"In the urgent, difficult times of today, the whole nation is with Kerala, our sympathy is with those families who have lost their loved ones.Loss of life can not be compensated, but I assure the grief-stricken families that are in this moment of suffering and misery, 125 crore Indians assist them, "Modi said in his monthly" Mann Ki Baat "program.

"I pray fervently that those who were injured during this natural disaster will heal quickly." I am firmly convinced that the pure grit and courage of the people of the state of Kerala will rise again, "he added.

READ ALSO: Govt and the industry join forces to promote India as a tourist destination

Modi praised the forces involved in the rescue operations and relief operations in the state to "leave no stone unturned as rescuers of those trapped in the floods".

"I would especially like to mention the painful efforts of the cruelty of the National Disaster Response Force: at this moment of hardship and agony, their service is a shining example," he said.

He also used the platform to do justice to Muslim women via Triple Talaq Bill.

"The Triple Talaq bill was adopted in Lok Sabha, but could not be passed on in the Rajya Sabha, but I would like to assure Muslim women that the entire nation is with them and we will ensure that they are entitled," said Modi. .

The BJP accused the Congress of having passed the passage of the milestone that was adopted in the Lok Sabha on December 29, 2017. The bill still has to be submitted in Parliament's House of Lords. However, the opposition led by the Congress demanded that the bill be sent to the limited committee for further investigation.