No change in exam pattern for JEE Advanced, no tuition fee for UG courses at IIT & # 39; s 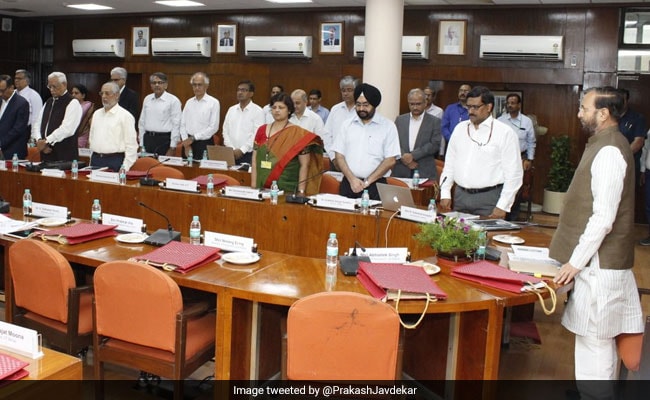 The 52nd meeting of the Council of IITs was held today in New Delhi under the chairmanship of Human Resource Development Minister Shri Prakash Javadekar of the Union. During the meeting it was decided that the exam system for JEE Advanced would not be changed. Another important decision taken during the meeting was that IIT-PAL, designed to prepare the students for the JEE Advanced exam, would be further expanded and made available through the SWAYAM portal.

During the meeting, it was also decided that IITs would supervise at least 5 technical colleges in their area to improve the quality and standard of technical education in the country.

It was also decided that tuition fees for undergraduates in IITs will not be reviewed. For international students, the Boards of Directors of the individual IITs will determine the remuneration.

IITs will also organize an annual Tech Fest with demonstrations of different innovations and technologies developed by them at any suitable location with the participation of CEOs from leading public and private sector organizations.

The issue of vacant seats in the M.Tech. Programs in IITs that are attributable to joining public sector companies (PSUs) after admission will be included in a meeting with the CMDs of major PSUs. which are held under the chairmanship of the Minister of Human Resource Development.

A committee consisting of directors of IIT Delhi, IIT Hyderabad and IIT Tirupati was established to recommend standards and standards for the construction of campuses and infrastructure projects in IITs.

The service issues of non-faculty staff in IITs will be decided by the respective board of directors of IITs, provided that they are in accordance with instructions from the Indian government from time to time.