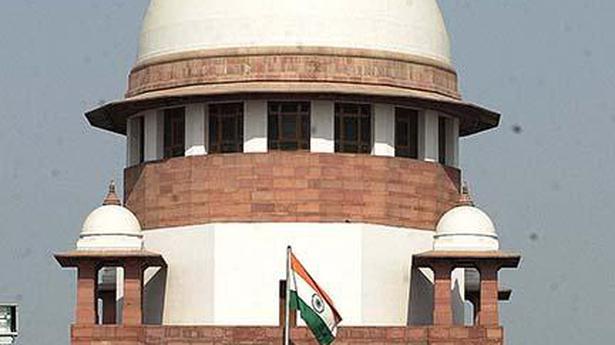 The Supreme Court on Thursday told Tamil Nadu and Kerala that "an effort must be made to bring the water level [in the Mullaperiya dam] to 139 feet so that people downstream will not live in constant fear." [19659002] The authorities should notify a disaster management plan to the public in Kerala, "so that people ultimately do not suffer a catastrophe."

The Bench, also comprising Justice Indu Malhotra, was hearing – on an urgent basis – a petition filed by Russel Joy, a resident in the downstream area of ​​the Mullaperiyar dam in Idukki district of Kerala, highlighting the perils of a dangerously high water level in the British era dam, made worse by the utter lack of co-ordination between the two state governments and a non-existent disaster management plan.

The court asked Kerala and Tamil Nadu to bury the hatchet and work with the Union Cabinet Secretary-led National Crisis Management Committee (NCMC) to find a way to reduce the water level in the dam so that the "disaster of floods in Kerala does not turn into a catastrophe. "

" Action speaks much faster than words … there should be absolute co-ordination. The two States will work in harmony, "Chief Justice of India, Dipak Misra said, addressing both Kerala and Tamil Nadu sides.

Kerala submits that the water level in the Mullaperiyar dam may have reached 142 feet maximum permissible level allowed by the Supreme Court. With the flood and rain-related death toll in Kerala nearing 100, release of water from Tamil Nadu from the dam without adequate warning would be devastating for a population already facing an exodus due to floods, the State said.

Chief Justice told the States to keep their differences aside and act quickly. "This is a time for situational adjustments. Both States have to work out a solution in co-ordination with the Center. First, you (Kerala and T.N.) should face the situation. What is being done to reduce the storage level in the dam? "