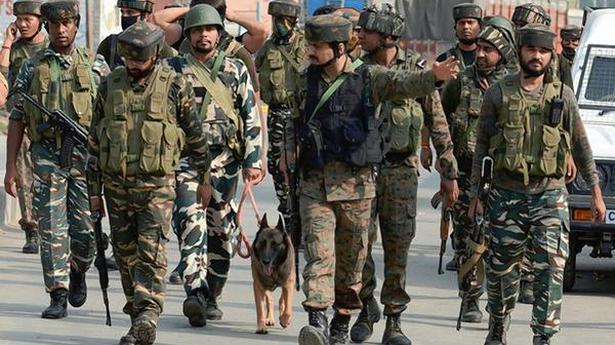 A soldier was killed during a firefight and a woman was murdered by suspected militants in separate incidents in the Kashmir Valley on Friday. Another citizen was killed and three injured in a grenade attack in Pulwama.

A police officer said there was a brief meeting between militants and the army in the Kralgund area of ​​Handwara early in the morning. "A soldier got critical bullet wounds in the fire, he died in a hospital," the officials said.

The 32 Rashtriya Rifles of the army were engaged in a cordon-and-search operation in Kachlu village when the gunfight broke out.

At Bandipora in northern Kashmir, militants managed to escape a cordon operation immediately after a contact was made with them in a village on Friday morning. The operation in Hajin villages was later called off, the police said.

In another incident the police said that suspect militants killed a 38-year-old woman in the Drabgam area of ​​Pulwama.

The victim, identified as Shameema, wife of Ali Mohammad Bhat, was near his parental home in Drabgam village when she was shot at by unknown archers in the afternoon.

Four civilians were injured in alleged militants hurled a grenade in the office of the Police Chief Superintendent, Awantipora, in Pulwama on Friday afternoon.

The police said that one of the wounded, Abdul Ahad from Awantipora, had died of a wounding in a hospital. An investigation has started.