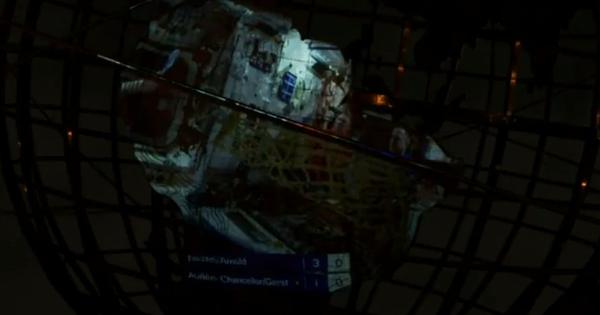 
You would think that for a tennis match to write history in 2018, you would have to deal with people like Rafael Nadal and Roger Federer. But that is when the game was played on earth. Astronauts aboard the International Space Station (ISS) have created a different kind of history by playing the very first tennis game in space.

NASA and the American Tennis Association organized the event together to mark the start of the US Open Championship. Commander Andrew Feustel and three flight engineers – Serena Aunon-chancellor of the European Space Agency, together with NASA & # 39; s Ricky Arnold and Alexander Gerst – played the gravity-defying doubles match.

Before the game started, Feustel explained how it was different from an ordinary tennis match. For example, they used a soft tennis ball so that it would not damage machines. And of course something was missing.

"The fact that we do not have gravity is difficult," said Fe in a statement for the game. Balls will not bounce and gravity has no effect. For me it looks like that old game Pong, where you hit the ball and the ball just goes straight; it does not bounce anywhere. So it becomes a challenge. "

The contest was broadcast on the Unisphere, a globe-like sculpture that sat outside the USTA Billie Jean King National Tennis Center in New York City and was shown live by US Open & # 39; s YouTube and social media pages. You can view the full broadcast below.