Manned mission to Mars: the challenges 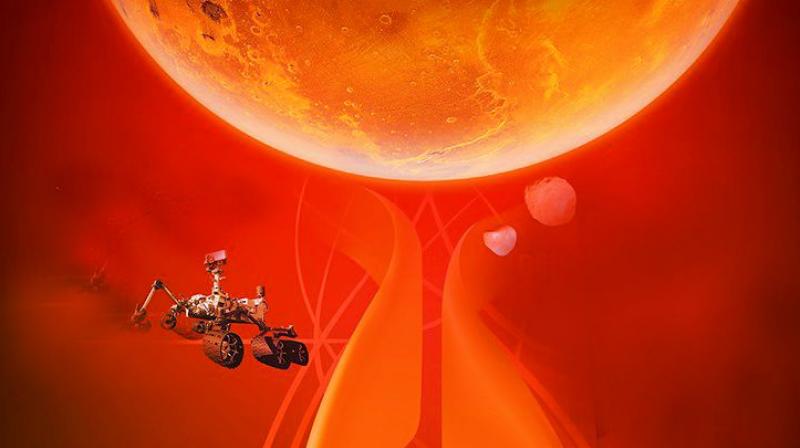 Mars attracts more human curiosity than any other planet. All the more because of the many similarities that the earth shares with the Red Planet and its proximity. One of the many frequently asked questions is: if we examine the evolution of Mars, will it tell us anything about the earth itself? The other important motive for exploring Mars is the eternal quest for evidence of the past or present life. Last but not least, the romance of the science fiction writer is about creating a habitat on another planet. As Carl Sagan said: "Staying alive … If our long-term survival is at stake, we have a basic responsibility for our species to venture to other worlds, not only to ensure the survival of mankind but humanity will survive forever! " [19659002] Mars is the most accessible planet beyond the system of the earth and the moon where it is assumed that sustained presence of man is possible, and the challenges of Mars exploration must be well understood to ensure a permanent human presence outside to support the earth.

Human space flight over the long term offers a difficult set of challenges; Unlike robots, people need to be fed, hydrated, protected, entertained and above all, they must be brought home safely. There is a saying: "Everything is difficult until you do it". Likewise: "Without knowing what to do, we can not do anything". Here, an attempt is made to list the main and most important challenges of a manned mission to Mars, namely mission design, propulsion system requirements, human health, use of in situ (ISRU) resources, crew autonomy, power system, system reliability and landing and take-off

Typically, a manned crew mission will be preceded by a number of pilot missions (at least 3 to 6). Pilot missions consist mainly of cargo missions and a mission for the return of terrestrial vehicles. Cargo flights must consist of a lander with a Mars take-off vehicle (MAV) and additional supplies consisting of residential units, rescue units and supply units. This series is gradually building assets on the surface of Mars, so that at the end of the cargo flights the basic infrastructure could be in place. More freight launches may be needed to install back-up systems for the crew. An unmanned rover mission can also be proposed to be launched on Mars to explore a landing site.

Freight missions could use aerobraking or aerocapture techniques to minimize the propellant demand for MOI. Aerobraking is a spaceflight maneuver that reduces the highest point of an elliptical orbit (apoapsis) by allowing the vehicle to fly through the atmosphere at the low point of the orbit (periapsis). The resulting resistance slows the spacecraft. Aerobraking is used when a spacecraft needs a low runway after arriving on a body with an atmosphere, and it requires less fuel than the direct use of a rocket engine.

Aerocapture is a related but more extreme method in which no initial trajectory-injection is performed. Instead, the spaceship dives deep into the atmosphere without burning an initial input and comes out of this single passage into the atmosphere with an apoapsis near that of the desired orbit. Several minor correction burns are then used to increase the periapsis and perform the last adjustments. Another related technique is that of aerogravity assist, where the spacecraft flies through the upper atmosphere and uses aerodynamic lift instead of towing at the point of closest approach. If oriented correctly, this can increase the deflection angle above that of a pure gravity aid, resulting in a larger delta v.

The crew will have to travel to and from Mars on relatively fast transits (4 to 6 months) and will spend long periods (18 to 20 months, 600 days nominally) on the surface, instead of alternative approaches that take a longer time require. Shorter transit times reduce the time the crew spends in gravity. Relatively fast transits will also reduce exposure to galactic cosmic rays and the chance of encountering solar particle events. Reducing exposure to gravity and radiation events helps reduce the risk for the crew.

Furthermore, in order to improve communication with the crew after Marslanding, an option to possibly launch a communication satellite, which makes continuous communication with the future possible, is a plus. An isostationary or isosynchronous equatorial orbit is a circular isosynchronous orbit in the equatorial plane of Mars, about 17,032 km above the surface, any point at which Mars rotates in the same direction and with the same period as the surface of Mars. An Areostationary orbit is a concept that resembles the geostationary orbit of the earth. The baseline propulsion system used for trans-Mars injection is a LOX / LH2 propulsion phase on top of the launch vehicle. For transfers from Low Earth Orbit (LEO) to Mars using LOX / LH2 propulsion, approximately 55% (or 65%) of the mass in LEO is required for the propellant and propulsion phase and 45% (or 35%) of the mass in LEO consists of useful cargo on its way to Mars.

For Mars the actual propulsion requirements depend on various factors, for example the specific launching capability and the desired duration of the trip to Mars. A lower energy range can be used with a travel time of typically 300 ± 400 days for which less propellant is required (suitable for freight transfer), or a higher energy route that uses more propellant with a travel time of usually 170 to 200 days (suitable for transfer of the crew).

The LOX / LH2 is the most efficient form of chemical propulsion available. The technology for the use of LOX / LH2 propulsion before the earth's departure is reasonably mature. Although LOX / LH is the most efficient form of chemical propulsion, the requirement that three mass units in LEO are required to steer one mass unit on the way to Mars is an important factor in driving up the initial mass of LEO (IMLEO) for Mars. missions. The use of nuclear thermal missile (NTR) partially softens this heavy demand. When nuclear thermal propulsion (NTP) is used for the earth's departure, two important factors are the minimum height allowed for start-up and the dry mass fraction of the propulsion system. The use of NTP instead of LOX / LH2 before earth departure can reduce the initial mass in a low orbit around the earth (IMLEO) by 40%.

These options can be used to transport assets to Mars Surface if the travel time is much longer. Also, an air-assisted Mars runway entry and entry, descent and landing can be required for freight missions.