NASA & # 39; s InSight spacecraft crosses half the way to Mars – IN SCHOOL 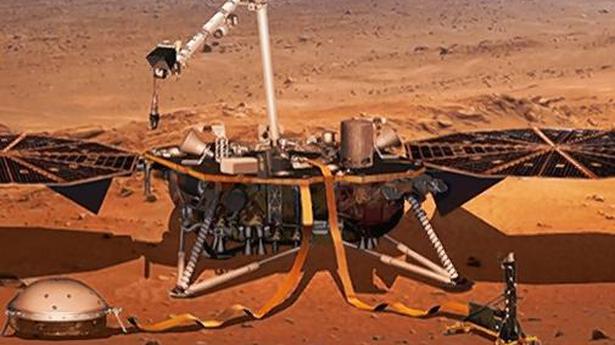 NASA & # 39; s InSight spacecraft on its way to Mars has passed its destination halfway through and all its instruments are working well, according to the US Space Agency.

The spacecraft, which was halfway through August 6, is expected to land on Mars on November 26 to study the deep interior of the Red Planet, NASA said in a statement.

The spacecraft has now covered 277 million km since its launch 107 days ago and in another 98 days it will cover another 208 million km and land in Mars & Elysium Planitia region.

The instruments onboard the spacecraft contain a seismometer, which will be used to detect earthquakes on Mars, and a self-hammered probe that will measure the amount of heat escaping from the planet's interior.