What is permafrost? Everything about the killer from icy depths 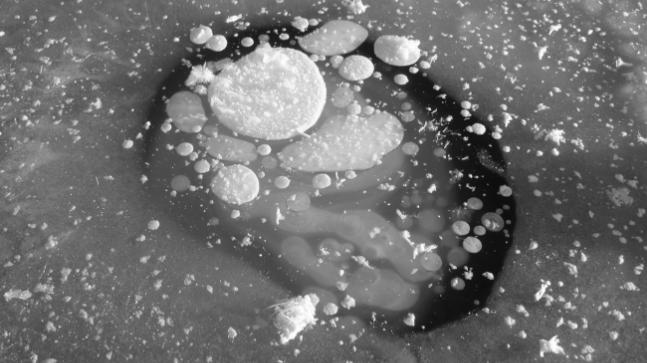 According to a study published in the journal Nature Communications, permafrost in the coldest northern Arctic area that was thought to be temporarily protected from the greenhouse effect by its extreme environment, cold thaw enough to be a permanent source of carbon in the atmosphere in a few decades.

What is more troubling is that defrosting is possibly accelerated by cases of a relatively little known process abruptly defrosting.

Abrupt defrosting takes place under a certain type of pool lake, known as a thermo-karstic lake that forms as the permafrost thaws.

How a thermic karst is formed more

The emission of greenhouse gasses under thermo-smelting is relatively fast, with deep defrosting taking place over decades.

According to the lead researcher, Katey Walter Anthony, we do not have to wait 200-300 years to release these large amounts of permafrost carbon. It will accelerate in this century.

It is already happening, but it is not happening very fast now, but within a few decades it should reach a peak, "said Anthony.

Permafrost is the ground that has been frozen for years or centuries building layer. It contains carbon-rich organic material, such as leaves that freeze without decaying.

As the rising Arctic air temperature causes permafrost to melt, the organic matter breaks down and releases its carbon to the atmosphere in the form of carbon dioxide and methane, which are toxic greenhouse gases. Gas bubbles of methane in a lake where permafrost melts down and greenhouse gases are released into the atmosphere. Image: Katey Walter Anthony / University of Alaska Fairbanks

How is permafrost hazardous?

The arctic landscape preserves one of the largest natural reservoirs of organic carbon in the world in its frozen soil. But once thawed, soil microbes in the permafrost that change carbon into carbon dioxide and methane can be toxic greenhouse gases.

These gases then enter the atmosphere and contribute to warming up the climate.

How are we going to kill?

Walter Anthony and an international team of American and German researchers discovered that the abrupt thawing process increases the release of old carbon in the soil by 125 to 190 percent compared to gradually thawing alone.

It is calculated that as the thawing continues by the year 2300, the total carbon emissions from the coldest Arctic will be 10 times as large as all man-made fossil fuel emissions in 2016.

Even in the scenario where people reduce their global carbon emissions, large methane release by abrupt defrosting is likely to continue.

Contrary to shallow, gradual thawing of terrestrial permafrost, the abrupt thaw under thermosorphans is irreversible this century.

"You can not stop the release of carbon from these lakes as soon as they form," said Walter Anthony. "We can not circumvent this source of global warming."

Interested in general knowledge and current affairs? Click here to know what is happening around the world with our G.K. and Current Affairs section.

If you want more updates on current issues, send your search by e-mail [email protected]