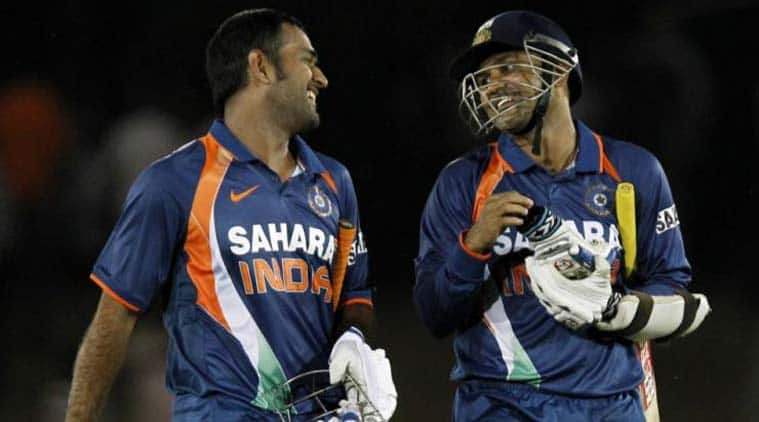 Former India batsman Virender Sehwag on Friday backed wicketkeeper MS Dhoni to retain his place in the ODI squad until the upcoming World Cup in 2019. With young Rishabh Pant scored a ton in the fifth Test against England in Oval, and Dinesh Karthik also shows its shape in the limited-overs formula of the past months, the 37-year-old might have to face fierce competition for his position following the World Cup next year. In his commentary on news channel India TV, the cricketer-turned commentator said he would prefer Dhoni to Pant because of his experience.

The 39-year-old added that Dhoni has won contests for India in the past. "Pant is someone who can beat sixes at his own wishes, but if you talk about Dhoni, he won matches in his own country," he added.

The former judge batsman further said that Pant, known for his explosive batting style, could be the perfect heir to take over Dhoni's cloak after his retirement. "So Pant has the right type of temperament to be a perfect heir for me, I want Dhoni to hand over the stick to Pant when he hangs up his boots," he said.

Speaking of the upcoming Asia Cup-tournament, Sehwag chose India as a favorite. "I am convinced that India will win the trophy this year, Sri Lanka does not have the same depth in their team as in previous tournaments, Pakistan has been inconsistent lately, so India is the only country that has been consistent in the subcontinent and abroad, "he said.

Sehwag added that a few teams might have a surprise, but India still holds the upper hand. "Bangladesh and Pakistan can surprise India in limited overs-series Pakistan defeated India in the Champions Trophy final, which is the excitement of the limited overs cricket that you can never choose a favorite, but because India is consistently performing, I still have always feeling that India is the upper hand, "he said.