Kris Commons: European feel-good factor can not conceal shortcomings at the home front for Steven Gerrard

All pre-match talk centered on the theory that Rangers had closed the gap on Celtic since the sides last met. That the men of Steven Gerrard were in a very strong position in the first Old Firm game of the season.

But the conclusion is that this is the worst start Rangers have made to a season in competition since 1989-90. That is extraordinary.

The feel-good factor has certainly improved lately, but only because they play in European football until Christmas. Strip that away and it would be a crisis. 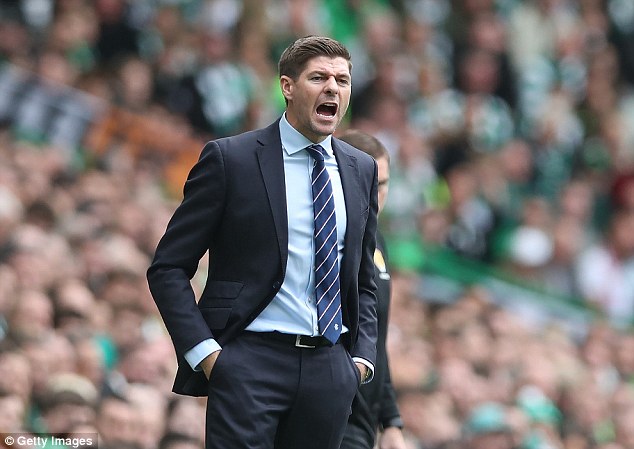 I saw Rangers in Aberdeen and Motherwell and they are still a team that is put together in a very short time.

They have a better quality of the player there. But according to yesterday's proof, they are still far away from it.

Since I've been in Glasgow, it's all about the competition. You must not only be competitive. You have to win it.

It is the title that the fans want. It is that which gives you the means to attract better players and to make real progress in Europe.

I know it's early, but they are now seventh in the league. That places them behind Hibs, St Johnstone and Livingston as well as Hearts, Celtic and Kilmarnock. 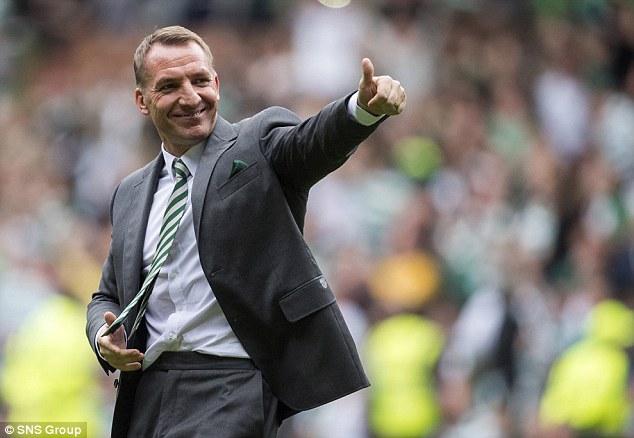 They face Dundee on Ibrox, after which it will become a difficult game as they fight for life and are desperate to get points on the board.

It is starting to become time for the players of Gerrard, where they play games in the knowledge that they have to win. When they re-emerge, it is a long way back.

The wool has been pulled over people's eyes in terms of how improved they are. If Pedro Caixinha had overlooked the worst start of a season in 29 years, they would ask for his head.

Much is being done to meet Tom Rogic's challenge for Ryan Jack, which led to the sole goal of yesterday's game.

At first I thought it was very soft. Listen, I've heard Andy Walker talk about penalties and he made the point that they love eggs. You can get a hard boiled egg or a soft boiled egg. But it is still an egg.

And when I first saw Rogic's challenge, I thought it was just a mistake. But after seeing a repetition I did not think there was much in it.

I would not say that he chased him, but there is minimal contact. If it is in the box and it was given, it would be the softest punishment.

The real alarming fact was that Rogic could then drive three quarters of the field to find Odsonne Edouard, then James Forrest, and by the time it reached Olivier Ntcham, it was in the back of the net. There was no tracking back or defensive organization by Rangers players.

From the Celtic perspective, the textbook was counterattacking football. From Rangers & # 39; it was very avoidable.

One thing that Rangers can not complain about is that what Allan McGregor is doing after his kick against Kristoffer Ajer. 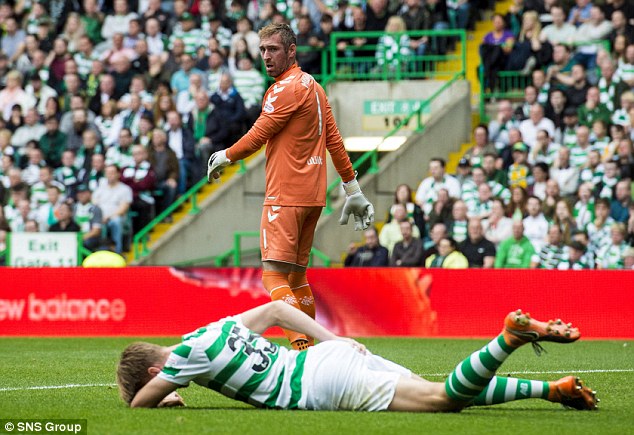 Without a doubt, he has gone out of his way to leave one with him.

Gerrard had talked about the need for discipline and cool heads in the construction.

You have to take the emotion out of the game, but use it to your advantage when it comes to raising your game. Do not do it in terms of giving away bad mistakes and getting out.

All the talk before the game was about Alfredo Morelos. Would he be the one who got frustrated? He is a young guy who has just signed a new deal, is in the mood and scored goals.

McGregor is a highly experienced professional – not only in Scotland, but also in the South and internationally.

To do what he did was a cheap shot and his team could have been expensive. If Willie Collum sees that, there is no doubt that he would have sent him.

In the first half it was all about inclusion for Rangers. Stay in the game as long as possible, grow in it and take a chance.

The game plan worked at half time. They were still in it.

But they had to offer more in advanced areas. They had a little bit to go, but it was not a constant pressure.

I have never had the feeling that Celtic stones were on the rocks or that Rangers got a foothold. Celtic was always the dominant side.

Letting Ryan perform enough against Kieran Tierney worked well enough. It kept Tierney relatively calm on the front foot, but defensively he had one of his quieter afternoons.

I fully expected Kyle Lafferty to play on the right, even though it is not his natural position.

If Rangers had given him balls to fight with Tierney, it would have been more favorable to win a header. They simply did not have enough to offer in the last third.

After the 3-3 draw with Motherwell and yesterday's defeat, Gerrard would have learned something more about his team.

After a grueling spell, the international break gives him time to work on some things and implement more.

However, his players will have to learn quickly. Despite their commendable achievements in Europe, they are already at the point where there is no room for domestic errors.

Rodgers & # 39; men have drawn strength from a crisis

So far Celtic as a club on the verge of a crisis. The events of recent weeks have brought the squadron closer together and have the will to be made even stronger.

It was interesting to hear Scott Brown after the game. Keeping in mind that they had defeated Rangers, had been very dominant and had performed well, one of the first things he said was that Celtic win and lose together.

The tone of the meeting that Brendan Rodgers had held with his senior players last Friday would have been: "This is our team until at least January, so we have to come together and do it as a team and a collective group. players needed to be the driving force in the locker room, bringing the Boyata thing to bed, Dembele is gone, so let's concentrate from now to Christmas. & # 39;

There were certainly many questions about Celtic after this transfer window.

The John McGinn saga, Dedryck Boyata trying to make a move, a failed bid for Scott McKenna and Moussa Dembele who leaves late in the window. Many things came in the press and Rodgers had everything to say about it.

There was so much negativity. The obvious question was – did they deteriorate?

The Friday meeting had to ensure that the team stayed together. It certainly had the desired effect.

Yesterday's performance was a statement. In the first 20 minutes they were impeccable.

Rangers had stored their camp in an attempt to contain Celtic.

The Rodgers players moved the ball so fast and the only thing they missed was that bit of luck to get the opener.

In the end they showed yesterday and yesterday that when the big players come up.

Olivier Ntcham deserved to score the winner, Boyata was great, and James Forrest was always a threat. It was certainly Celtic & # 39; s best display this season. One-nil flattered Rangers.

Celtic had 75 percent possession in the first 45 minutes. They had 14 angles compared to four and 16 attempts on target compared to six.

If Connor Goldson thinks the gap closes or there is none, he would have to save it before the end of the season if his side goes into the fight the last week of the week.

You say that four games are not if you are not in the top six and have just learned a lesson from your biggest rivals.

Rangers get better, but can they go to Pittido in February and win? Can they play well on Easter Road?

Despite a very difficult summer on the other side of the city, Rangers have still not answered the biggest question of all. How can you beat Celtic?