Moeen Ali scores one hundred, will he replace Jonny Bairstow? 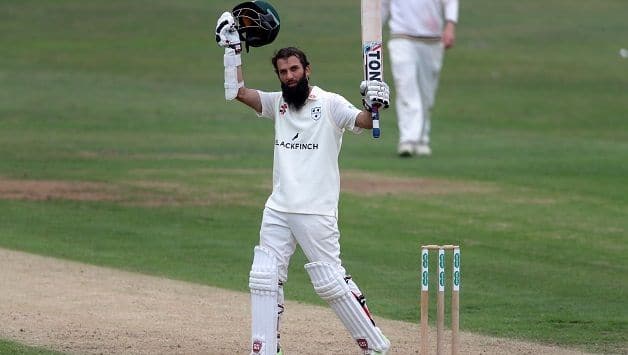 Jonny Bairstow broke the middle finger of his left hand as he attempted to collect a ball from James Anderson during the third test between India and England, on Trent Bridge. The Guardian has already reported that Bairstow is as good as excluded from the fourth and fifth test, respectively in Rose Bowl and The Oval. This is a big blow for England, which already has a gigantic target of 521 in the current test.

With 206 runs at 51.50, Bairstow is the leading runscorer in England of the series. No other Englishman has 150 to Stumps, day three, of the test.

Who will replace Bairstow with Rose Bowl and The Oval? Moeen Ali, plucked in the team but rejected from the XI for all three tests, has now made a claim on the spot with a brilliant one hundred for Worcestershire against Yorkshire in Scarborough. Worcestershire, 39 without loss overnight after bowling from Yorkshire for 216 on Monday, Tom Fell lost to Jack Brooks with a team score of 111.

Then Moeen came out and added an unbeaten 199 with opener Daryl Mitchell (140 *) of Stumps on day two. Moeen reached his fifty off 85 balls and a hundred times at 160. He is undefeated at 107, an inning that has cost him only 167 balls and has 14 and a six beaten.

But that is not everything. Yorkshire looked decent at 151 for 4 on day one. Then wicket-keeper Jonathan Tattersall went to Dillon Perrington and almost immediately hit Moeen twice. The first wicket was from Kane Williamson, cradled for 87. Shortly thereafter, he had Captain David Willey for a duck, and Yorkshire were suddenly 155 for 8.

Brooks, number 10, went after him to ruin his figures, but Moeen still ended with 2 for 40. Yes, there is certainly a claim, which ended with Bairstow and Ben Stokes looked indifferent with bat.

Abhishek Mukherjee is the chief editor at CricketCountry. He blogs on ovshake dot blogspot dot com and can be followed on Twitter @ ovshake42.