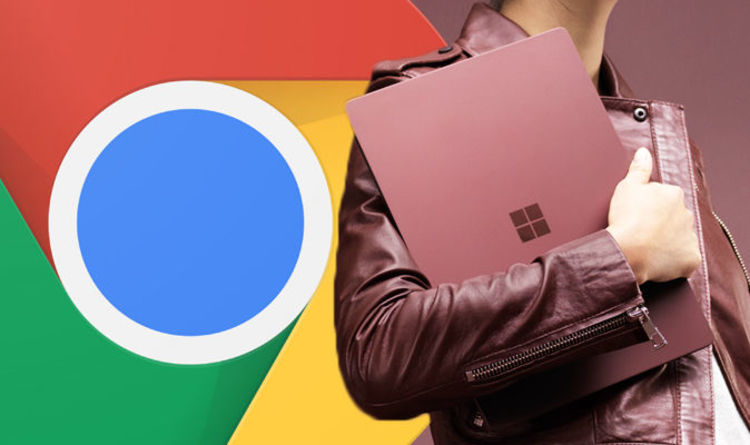 Google Chrome is the most popular Internet browser in the world.

The high degree of customization options are certainly credited for achieving such a performance.

And Google also regularly updates Chrome in the range of dramatic revisions to more subtle adjustments.

Chrome celebrated its tenth anniversary on September 2 and Google celebrated the opportunity by rolling out a radical redesign for the browser.

Sharp corners were replaced by smooth edges and Google insisted that such a decision was taken to make the icons that are present on the tabs more visible, even when a large number of them are open at the same time.

The giant from Silicon Valley said: "Chrome has a new look, you can see it on all platforms – desktop, Android and iOS – where you'll see more rounded shapes, new icons and a new color palette.

"These updates have a simpler appearance and (hopefully) will increase your productivity.

"Take tabs, for example, are you a secret tab-hoarder?

"We have changed the shape of our tabs so that the icons of the website are more visible, making it easier to navigate on many different tabs."

But Chrome users with Windows 10 got a bit of a shock response last week when one tester of the upcoming Windows Update October 10, 2018 noted they had received a message inviting them to use Microsoft's Edge browser instead of using an alternative.

The warning was: "You already have Microsoft Edge – the safer, faster browser for Windows 10."

At the bottom of the prompt an option was given to disable such a warning, but at that time it was not known whether such a function would arrive at the full build of the next Windows 10 update.

Since then, CNET has insisted that a new version of Windows 10 has now removed the function.

This means that when installing other browsers such as Google Chrome or Firefox, such an interruption does not occur.

The Verge also insisted that it "understand" that the American tech giant "no longer plans" to include the functionality in the upcoming October 10 update.

Windows Insiders will receive the new software version first before it goes to all Windows 10 fans.

The Windows 10 Insider program is an initiative that allows people to sign up – it provides access to early builds of Microsoft's software.

However, early builds can come with the warning of more prominent bugs in general.