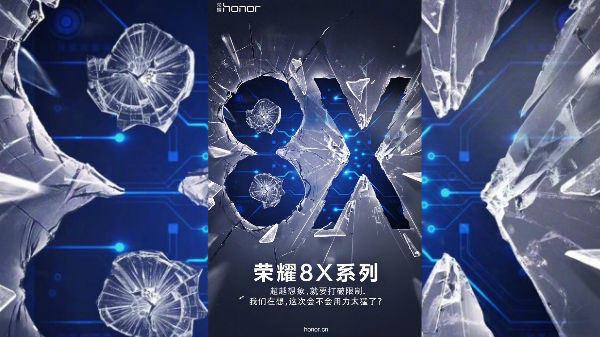 The Honor 8x Max appears online with the model number ARE-AL00, which indicates that the smartphone is indeed an Honor 8x smartphone.

According to a leak, the Honor 8x will have a huge 7.12-inch (diagonally measured) display with a resolution of 2244 x 1080px, which is a FHD + panel and the smartphone probably has an IPS Liquid Crystal Display. The screen is expected to be protected by 2.5D curved tempered glass. Note that the Honor 8x Max will have a notch on top of the screen, similar to the one on the Oppo F9 Pro (teardrop notch), which will help the smartphone achieve a higher screen / body ratio.

The Honor 8x Max is powered by one of the best Qualcomm 600 series chips. The device runs on the Qualcomm Snapdragon 660 SoC, an octa-core chipset that is based on Kryo 260 CPUs built on ARM architecture. This processor is coupled with 4 GB of RAM.

As far as optics are concerned, the Honor 8x Max has a double camera setting on the back of the smartphone with a 16 MP primary sensor and a 2 MP depth sensor, which is comparable to the Honor 7x. For the selfie camera, the smartphone uses an 8 MP shooter, which is expected to support the unlocking of the face.

Last but not least, the Honor 8x Max will come with a huge 4900 mAh battery, which may receive support for fast charging via USB type C port and the device is also expected to have a special 3.5 mm headphone jack. The smartphone offers Android 8.1 Oreo OS with the customized EMUI skin and the mobile phone will probably be updated to Android 9 Pie in the future.

You are already registered