indonesia December 6, 2020 indonesia Comments Off on Eclipse Cross PHEV is on sale from IDR 500 million and officially launches all pages

The launch of this model also makes the Eclipse Cross the second Mitsubishi PHEV car after the Outlander PHEV.

Previously, the order for this car was opened from October 2020. MMC also aims to sell the Eclipse Cross PHEV up to 2,000 units in six weeks. 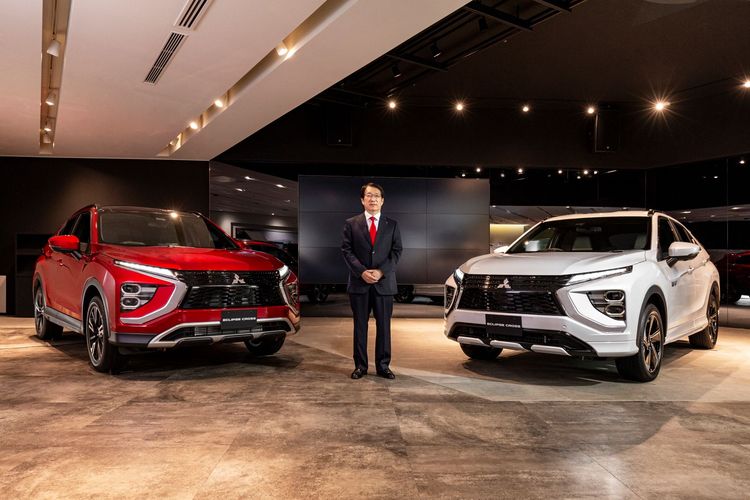 Takao Kato, CEO of MMC, said his company has taken Mitsubishi Motors’ eco-friendly technology and 4WD to the next level.

“With the breakthrough power of PHEV technology and the 4WD expertise we have built up during the rally experience, we have instilled the essence of Mitsubishi in this updated model,” Kato said in an official statement (4/12/2020).

“The new Eclipse Cross is the ideal partner for drivers who want to do more with their car and are looking for new challenges,” he said. According to Kato, Mitsubishi will also launch more and more environmentally friendly models in the future, with both EV and PHEV technology.

“By 2030, we will increase the share of electric vehicles in total sales to 50 percent, with a focus on PHEV like this new model,” he said.

Broadly speaking, the latest Eclipse Cross design has a dynamic concept that is typical of modern SUVs. The rear and front have been updated, making the car longer than before.

Also read: Note, this is the forecast of 2 peak phases of the homecoming streams for Christmas and New Year In addition to the exterior, the changes will also continue to the interior. Now the interior looks more elegant and fresher. Changes to the rear door certainly provide better visibility and more luggage space compared to the old model.

For the PHEV variant, the latest Eclipse Cross has a 2,400 cc MIVEC engine with two electric motors. While the battery has a capacity of 13.8 kWh with a full electric range of 57.3 km (WLTC mode).

Interestingly, this SUV has an electrical outlet on-board 100 volts AC with a maximum power of 1,500 watts, which can supply power to electronic devices under all conditions.

Also read: Don’t get used to putting your feet on the dashboard of a car, that’s dangerous! In an emergency, the Eclipse Cross PHEV can even supply power for household needs for up to 10 days when fully refueled.