10 most expensive items that Roy Suryo takes on the basis of Kemenpora 2016 Letter | JawaPos.com 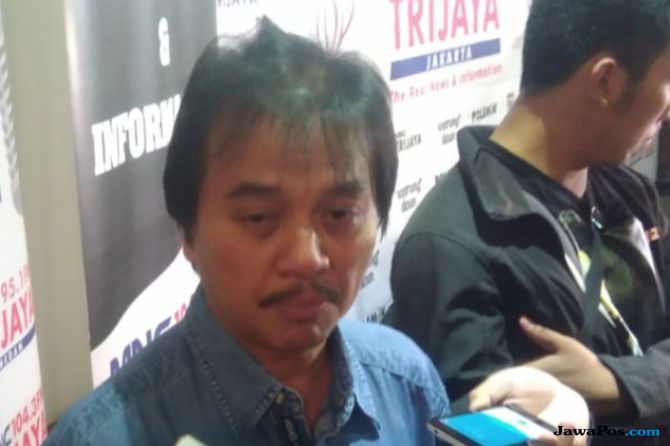 JawaPos.com – The former Minister of Youth and Sport (Menpora) Roy Suryo would not have returned the assets of the state goods (BMN). This was revealed on the basis of the findings of the Supreme Audit Agency (BPK) and a letter from Kemenpora to Roy to return the items.

Kemenpora wrote to Roy Suryo, as we know. It was related to the BMN that he had taken during serving and that had not been reduced. The letter circulating among the media crew is known as number 513 / SET.BIII / V / 2018 of May 1, 2018 ago.

In the letter, Roy Suryo did not return 3,226 items of goods. But there is no explanation about which state property has not been returned by the Democratic Party.

Meanwhile Minister of Youth and Sport (Kemenpora), Gatot Dewa Broto, said that Roy had once returned state ownership (BMN). According to Gatot, the items that Roy had returned were Rp. 500 million. Currently all these items are already in the Kemenpora warehouse.

According to Gatot, one of the returned items is a bank and office equipment, with a nominal value of Rp 500 million. & # 39; Office equipment, such as chairs and benches & # 39 ;, he added.

From Gatot's statement, this means that Roy will not return all goods that were worn as minister during his tenure. That was when a letter number 513 / SET.BIII / V / 2018 of May 1, 2018 was issued.

Most recently, a Kemenpora letter was distributed to Roy on 17 June 2016. The letter contained goods, quantities and prices. These items were not inventoried at the ministerial office in 2013-2014.

Based on the findings of the BPK, Roy did not return a number of items while he was a minister. In a copy of the BPK audit is written & # 39; BMN list that can not be inventoried in the ministerial office of the ministries of 2013-2014 & # 39; described in detail.

Earlier than JawaPos.com Roy denied that he had not returned any number of BMNs. He claimed that there were no state assets that he still wore. Roy also suspected that there were parties who deliberately exhaled the problem to damage his image. He called the news politically charged and reportedly deserved to destroy his good name, as this was a political year.

"I strongly suspect that this is a slander, to bring down my dignity and good name in this political year," Roy said.