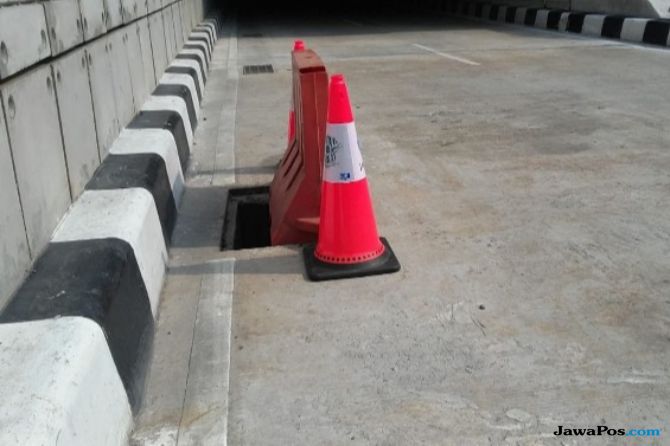 JawaPos.com – The iron cover of the drainage channel or steel grating at the Mampang-Kuningan underpass in South Jakarta was again stolen by irresponsible persons. For the incident of today, Wednesday (8/22), theft cases occurred three times.

The DKI Jakarta Provincial Government had previously planned to install surveillance cameras & CCTVs or CCTV as a form of supervision. Until now, dozens of cameras were installed in the corners of the underground lane.

"There are a total of 12 CCTVs", said Head of the Development Department of the Bina Marga Unconformity (STS) of Hannah Krisna on contact JawaPos.com, Wednesday (8/22).

Although it is installed, CCTV is still not connected to the server. As a result, all activities that take place under the underpass can not be recorded.

"CCTV is installed, just do not connect to the server," he said.

On the west side there were two iron drainage covers, namely from Kuningan to Mampang Prapatan. The gap is quite large and can cause accidents, especially motorcycles.

At the location, the traffic cone and the orange barrier are placed above the roadway as a warning for the driver. There are no security agents from the provincial government DKI Jakarta or the police.

"TKP Underpass Mampang Kuningan west side Two steel lattices were stolen Theft is expected to take place during the Eid al-Adha prayer," said Heru when it was confirmed separately.