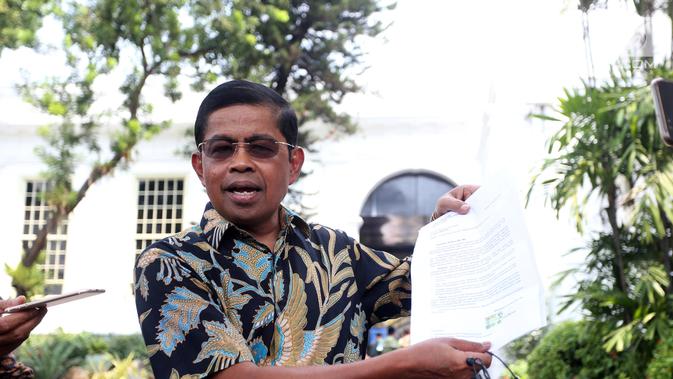 Idrus Marham was called a suspect in the alleged bribery case of PLTU Riau-1. Idrus would receive a $ 1.5 million kickback from the owner of Blackgold Natural Insurance Limited Johanes Budisutrisno Kotjo (JBK).

"IM (Idrus Marham) would have been promised to get the same part of the EMS (Eni Saragih) quota of US $ 1.5 million promised by JBK (Johanes)," said vice-president of KPK Basaria Panjaitan at the KPK building, Kuningan, South Jakarta, Friday (08/24/2018).

According to Basaria, the amount of money that Idrus received was comparable to the money that was also received by former House Commission VII Vice-President Eni Maulani Saragih. Idrus Marham and Eni were bribed by John to have him work on the US $ 900 million project.

In this case, Idrus was the third suspect after Eni and Johanes. Determination of Idrus Marhams as a suspect based on the results of the development of the study.