JAKARTA, KOMPAS.com – The police of West Jakarta arrested eight criminals on Friday (08/24/2018) who were involved in tuckgery cases at the Ruko Seribu Cengkareng Complex in West Jakarta.

The action was disturbing for many years, because no shop owner had ever dared to report.

It is well known that these villains often extort shop owners to tens of millions of rupiah. Kompas.com Collect 6 facts related to this case:

The arrest of the criminal was uploaded for the first time on Facebook account Rendi Puguh Gumilang, Sunday (8/26/2018).

During the upload there were three videos with criminals who turned shop owners off.

Also read: Ruko owner in Cengkareng has to pay to criminals Rp. 350,000 per month

"The villains under the guise of security are suspected of extorting tens of millions of rupiah over the years in the Ruko Seribu Cengkareng complex.If they do not pay, the shopping facilities will be damaged, even the existing buildings," wrote the upload information.

"Until finally the Jatanras Satreskrim team from the West Jakarta Metro arrested these rogues and even received the undercover police force from these villains," the article continued.

Also read: Preman in Cengkareng Pinch the Shopper owner together to Rp. 24 million

During the arrest, a member of the West Jakarta police station disguised himself as an ordinary citizen to visit the location. 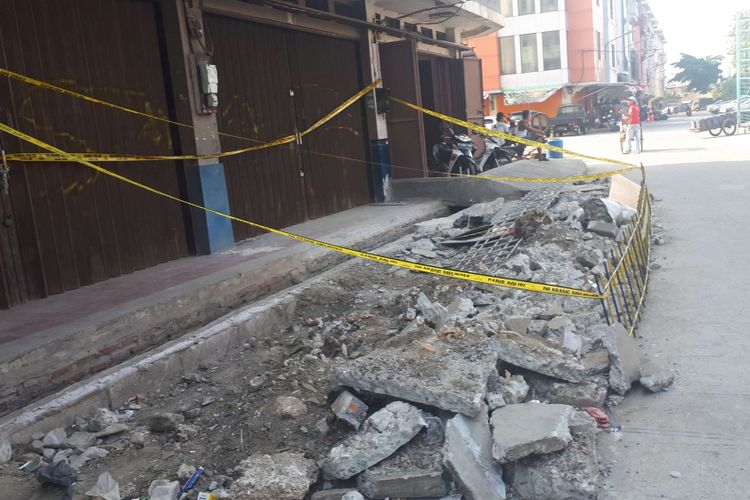 "That our undercover members were subsequently beaten by them (rogues). We made a defense and we launched shots", said West Jakarta Metro Police Commissioner Kombes Hengki Haryadi West Jakarta Resort Police, Monday (27-08-2018) ).

Also read: When you take criminals to the grain in Cengkareng, the police release Shot Shot to the Air

The villains in Cengkareng often charge money to retailers every month for reasons of money security and cleanliness.

West Jakarta Police Chief Sr. Comr Hengki Haryadi said that the retailers were asked for money from Rp. 350,000 per month.

"Thuggery actions to make a profit." The amount is Rp. 350,000 per month If you do not pay, the building will be damaged, "Hengki said.

This violent action was carried out neatly and organized on behalf of a retail company. 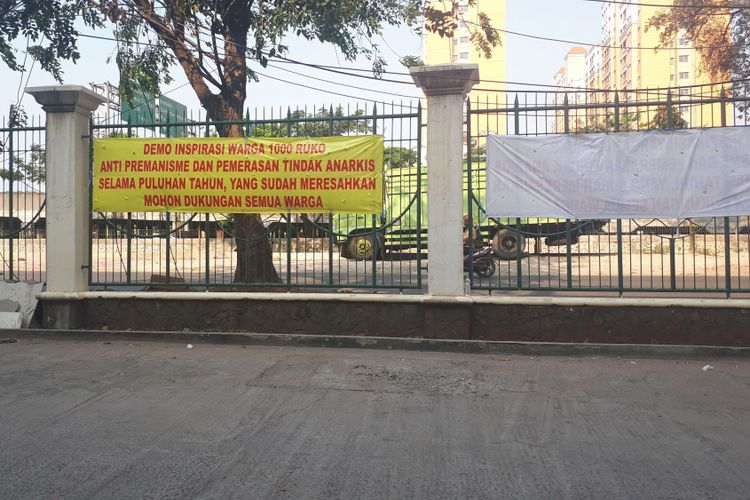 KOMPAS.com/ RINDI NURIS VELAROSDELA A plan to demonstrate the aspirations of citizens for extortion of money by villains in Komplek Ruko Seribu Cengkareng, West Jakarta. Photograph taken on Tuesday (27-08-2018).

They set the nominal rates per month unilaterally and carry out extortion with violence.

Based on information from 16 victims who reported to the West Jakarta police station, they never agreed to the set money and cleaning costs.

4. The new shop owner is compressed to Rp. 24 million

Western Jakarta Criminal Investigation Unit Deputy Senior Commissioner Edy Suranta Sitepu said that one of the new owners of the store Rp. 24 million had to pay because the previous shop owner had not paid the rent, so the new owner had to pay along with the fine.

"He just bought a store, continued to build a bridge for him, and kept collecting almost Rp. 24 million." He said (shop owner) that he had not paid before, although he did not have it, but he was billed to people who are buying it now, "said Edy.

Also read: Citizens of Ruko in Cengkareng are Restless about the Action of Thugs, but do not dare to report

Edy said, the villains did not hesitate to damage the store if the owner refused to pay.

The villains dismantled the bridge construction owned by the new owner of the store in the complex with violence, because the victim refused to pay the requested money.

In addition, forced locking of shop houses of victims.

"He wants to do business, but he can not, and trucks that transport goods to make bridges are sent away," said Edy.

"He first has to pay the money and the fine, then he can build a bridge, even the pillars are locked," he continued.

The regional police apparatus of West Jakarta urged people to dare to report all forms of violence that took place in their neighborhood.

The police, Hengki said, can not work alone without the active role of the community.

Also read: Thugs in Cengkareng Under the guise of Security to Citizen Citizens The public does not have to be afraid of threats from villains because the police are always ready to protect.

Hengki added that if a person dared to report, this could encourage other people to report.

"This has happened tractor for others to report. We appeal to the public to dare to report, because in principle the police do not work alone, "he said.

The police are determined to have a deterrent and fearful effect on villains who are still hanging around and disturbing the community.

"If all the time criminals make people nervous, we are now (she) anxious," said Hengki.