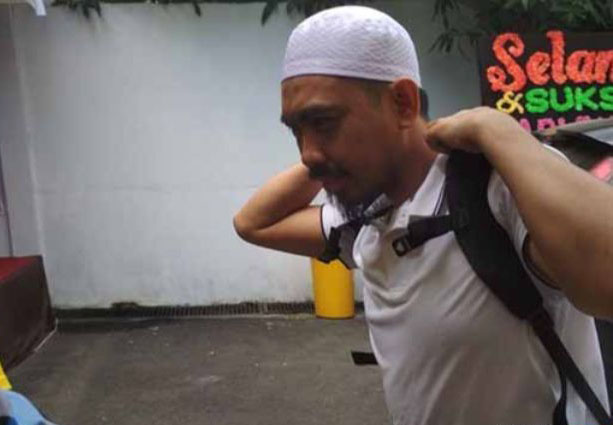 FAJAR.CO.ID, MAKASSAR – The opening ceremony of an alleged Umrah fraud case by Abu Tours was held on Wednesday, 19/9 in the court of the Makassar tribunal (PN). CEO of PT Amanah Bersama Umat (Abu Tours and travel) Hamzah Mamba was a defendant.

The trial is scheduled around 1.00 am in the Purwoto Gandasubrata room. Chairman of the panel of jury members Denny Lumban Tobing. While the prosecutor (Kejari) Makassar has prepared the Public Prosecutor (JPU) to accompany the trial with the agenda of reading the accusations against Hamzah Mamba.

"Yes, we have prepared at least 4 prosecutors", Makassar told prosecutor general Dicky Rachmat Rahardjo several times in bemassar to the crew of the media.

The prosecutor was directly coordinated by the prosecutor of Tabrani. The public prosecutor will deal with the suspect during the trial. Hamzah himself is one of the four suspects of researchers Ditreskrimsus Polda Sulsel in cases of fraud, embezzlement and money laundering to 86 thousand more potential Umrah pilgrims.

Another suspect who is currently in Makassar Kejari is former financial director Abur Tours Muhammad Kasim and two former commissioners from Abu Tours respectively Nursyariah Mansyur and Chaeruddin, then companies or companies.

The company participates in the fact that it is held up because it is considered a place to manage all the financial activities of the upcoming Umrah pilgrims who are being deposited. The casualties of the victim were estimated at Rp 1.4 trillion.

Researchers confiscated a number of Abu Tours' assets. Both movable goods such as luxury vehicles and real estate such as houses, buildings, land, business units and cash.

Confiscated assets of the research team have so far been estimated at R 250 billion. The amount is not equal to the loss of tens of thousands of potential Umrah pilgrims in 15 provinces in Indonesia.