Bicker, Chase, Eko was hit from behind – FAJAR – 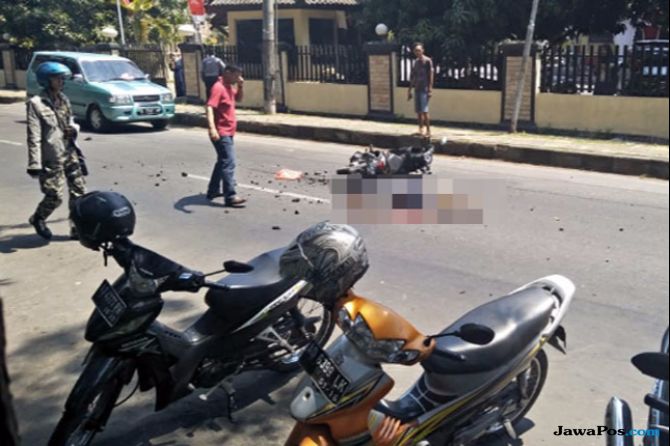 FAJAR.CO.ID, SOLO – The incident that was carried out by the suspect IA, 40, against Eko Prasetio, 28 to death was found to start from the mouth quibble between the two. The quarrel had a long tail and eventually a chase took place until finally he hit Eko from behind.

As a result of the incident, Eko died on the spot with a serious injury to his head.

Kasatreskrim Polresta Solo, Commissioner Fadli, explained that, before the tragic incident occurred, both victims and perpetrators had the chance to fight while standing in front of a red light.

He did not stop there, Fadli continued, the bickering continued after the perpetrator dropped his friend into his house.

At that moment the victim had another meeting with the perpetrator. And both were again involved in quarreling their mouths before the perpetrator's house. Subsequently, the perpetrator, together with a number of his friends, immediately followed the victim. "The victim said he also had time to kick possession of the car," he said.

The chase continued until he reached Jalan KS Tubun, Manahan Solo. On arrival at the site, the perpetrator who drove a car from Marcedes Benz immediately fell victim to the rear. As a result, the victim who drove a Honda Beat engine immediately fell and tens of meters were dragged along.

Eko sustained serious injuries and died on the spot. When he saw the victim lying on the street, the perpetrator tried to escape.

"Satreskrim members immediately chased away and took no less than 30 minutes, the suspect was successfully arrested along with the evidence of his car," he concluded. (app / JPC)