Call there threats, UAS Cancel colleges in a number of regions & # 39; s 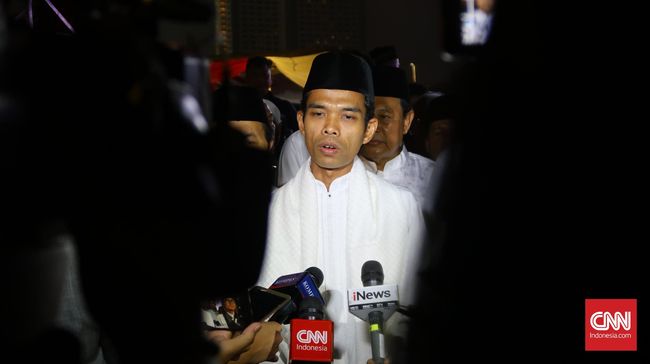 Jakarta, CNN Indonesia – Ustaz Abdul Somad (UAS) claims that there are threats and intimidation in a number of areas for tausiyah events. That is why he chose to cancel several appointments to give his lecture.

This was revealed by Somad on his Instagram and Facebook media accounts, @ustadzabdulsomad, which had been verified.

"Some threats, intimidations, cancellations and others against tausiyah in some areas like Grobogan, Kudus, Jepara and Semarang," Somad said.

According to him, this made the burden of the committee even more difficult and influenced the psychological state of the congregation and itself.

"So I canceled several appointments in the region of East Java, Central Java and Yogyakarta," he said.

Somad detailed, in September he had already planned to teach in Malang, Solo, Boyolali, Jombang and Kediri.

While he was programmed in October to teach in Yogyakarta and December in East Java.

"Sorry for this situation, please understand, and please always pray.

This immediately caused a strong reaction from the followers of Somad on Instagram. The majority of them expressed their support for the speaker of Riau. More than a thousand users on Facebook have commented.

Somad is today one of the famous preachers. His name is so popular. He even suggested that the Ulama Council be elected by Prabowo Subianto as a candidate for a vice presidential candidate alongside Salim Segaf Al Jufri.