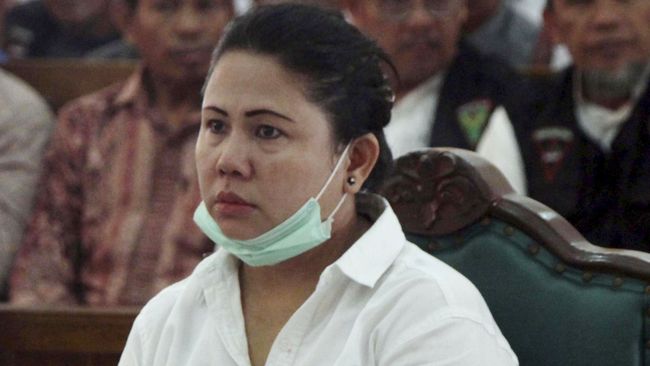 Jakarta, CNN Indonesia – People were surprised when the court ruled in Medan meiliana found guilty of blasphemy on Tuesday (8/21).

Meiliana was sentenced to 1.5 years in prison for her complaint about the volume call to prayer in her territory in Tanjungbalai, North Sumatra in 2016. His complaints are supposed to cause massive riots.

The decision caused a debate because it was considered a form of religious intolerance.
The Indonesian Mosque Council (DMI) also believes that Meiliana should not be condemned. General chairman of DMI Jusuf Kalla also called on the mosque board to be more attentive in the use of loudspeakers.

"We asked the mosque not to sound too loud, to go beyond one mosque, because the distance between the mosque and the others is 500 meters in a busy environment," JK said in the vice president's office via video images scattered through the Secretary. Vice President, Thursday (23/8) yesterday.

The instruction regulates the use of loudspeakers for calling up prayer at the earliest 15 minutes before the call to prayer. The answer must not be suddenly, the surrounding community must be ready to listen.

Then the call to prayer will sound good and not playful. This is not meant to disturb local residents.

Then the mosque must offer two challengers, one inside and one outside. Outsiders are used for call to prayer and takbir during Eid. With regard to lectures, announcements and reminders with the help of loudspeakers inside.

But the rules are considered less detailed and less extensive. This caused confusion in the implementation by mosque drivers throughout Indonesia.

"It needs an update to control the use of speakers, not only the operating time, but also the volume, the number of speakers and the range." More technical by looking at the current environmental context, "he said when he contacted. CNNIndonesia.com,

Khelmy went on to say that the regulation should also regulate other aspects of the house of worship, not stop at the mosque, which could possibly cause friction.

For example, a parking space during the worship service. This, he said, can lead to friction between religious groups due to traffic obstructions and so on.

"The ministry of religion can study it further in this matter so that problems like this can be avoided. I think there is another" Meiliana-Meiliana "that can also be disrupted," he added. .

Separately contacted, vice-chairman of the Equal Institute Bonar Tigor Naipospos also expressed the same opinion.
Bonar said that there must be solidity from the Ministry of Religion to make the rules detailed. In fact, it must be realized in more binding rules such as the law.

"So far there has been no awareness of mosque drivers implementing the rule, perhaps because it is only the Director General's instructions, it is not binding and has no sanctions, perhaps completing the religious protection bill that was once discussed, "Bonar said when he contacted. CNNIndonesia.com, Friday (24/8).

Bonar assessed the role of the Ministry of Religion here is not to intervene in religion. There are two aspects in religion, namely freedom internum such as text and beliefs that can not be disputed.

While the role of the Ministry of Religion in this case is included in space external freedom, Parts of religion that can be regulated by the state to maintain tolerance.

Bonar also advised the Ministry of Religion to be more aggressive in introducing existing rules. Because it was published 40 years ago, the public did not implement it at the same time.

"So first socialized to Nahdhlatul Ulama, Muhammadiyah, Persis, etc., The call to prayer is no noise, but a melodic chant that can be comfortable for all religious followers," he continued. (AYP)