Coordinating minister for Darmin: accrued debt since the past 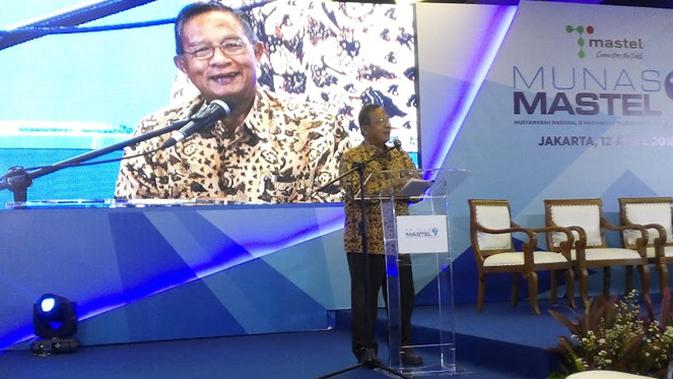 Earlier, the Minister of Finance Sri Mulyani Indrawati finally spoke out for an answer to the statement by the President of the Republic of Indonesia MPR Zulkifli Hasan during the MPR-RI annual meeting, Thursday 16 August 2018.

At that time, the chairman of the People & # 39; s Consultative Assembly (MPR) stated that the amount of the principal of the government debt in 2018 of approximately Rp. 400 billion or 7 times higher than the Village Fund and 6 times larger than the health budget was unnatural.

Minister of Finance was of the opinion that the statement of the chairman of the MPR-RI was a misleading political statement. He explained that the payment of the 2018 debt fund of 396 trillion Rp was calculated on the basis of the debt position at the end of December 2017.

"Of these 44 percent, debts were incurred in the period before 2015 (before President Jokowi), and the current chairman of the People & # 39; s Consultative Assembly is part of the Cabinet at the time," Sri Mulyani said through her Facebook fanpage. uploaded on Monday (08/20/2018).

Meanwhile, Sri Mulyani continued, 31.5 per cent of the principal sum for the SPN (State Treasury) / SPN-S (Sharia of the State) instrument with a maturity of less than one year was a cash flow management tool ( cash management),

"Debt payments at the moment are obligations that must be met from debts of the past, why is it just a fuss?" Wrote Sri Mulyani.

Subsequently in connection with the comparison of the data submitted by the chairman of the MPR-RI, the Minister of Finance Sri Mulyani Indrawati explained as the first, the amount of Indonesian debts main payments in 2009 was 117.1 trillion. While the health budget Rp. 25.6 trillion.

"This means that the new ratio has decreased by 19.4 percent in 9 years," explains Sri Mulyani.

In fact, the minister went further, in 2019 the health budget rose to 122 trillion refinery or 4.77 times the budget for 2009, and the ratio experienced a much larger decrease, which was 26.7 percent.

Sri Mulyani explained that the health budget is not only allocated to the Ministry of Health, but also to other programs to improve public health, including DAK health and family planning.

The increase in the health budget has more than quadrupled from 2009 to 2018, continued the minister, indicating that the government of President Jokowi was very concerned about and prioritized the improvement of the quality of human resources.

He also emphasized whether the government continues to manage debts with extreme caution (careful) and measurable (accountability). For example, the APBN deficit is always kept below 3 percent per GDP in accordance with the law on state finances.

"This is unmistakable evidence that the government is cautiously maintaining the risk of state finances in a professional and credible way, because what we risk is the economy and well-being and security of the Indonesian people," said Sri Mulyani.

"Again, evidence of the government's cautiousness in protecting the country's finances in the light of a changing global situation," said the Minister of Finance.

According to the Minister of Finance, the growth of APBN debt financing during the period 2015-2018 was even negative, which means that the additional debts have further decreased and the tax revenues and non-tax revenues have been strengthened.

If the growth in debt financing was 49.0 percent in 2015 (because the government protects the economy against the pressure of falling oil and other commodities prices), according to the Minister of Finance, the growth of debt financing in 2018 would be 9.7 percent. negative.

The result, the minister said, said that since 2016 the government has improved to the investment grade of all rating agencies worldwide.

After concluding his statement, Minister of Finance Sri Mulyani stressed that the state budget is an instrument to achieve the ideals of the state, to create a just and prosperous society and to become more independent.

"The state budget is an instrument to realize the ideals of a state, to realize a just and prosperous society and to become more independent. The dedication and credibility of the management of the state budget has so far been tested by the state service of the government. . Let people make smarter with correct and accurate information-based politics "he stressed.