Did 6 hours at the airport, Neno: Saturated, painful, hungry and thirsty JawaPos.com 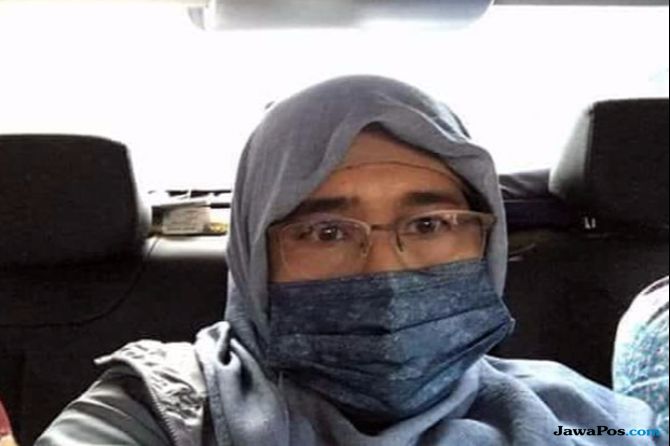 JawaPos.com – The GantiPresiden, Neno Warisman Presidium Movement # 2019 was arrested at the exit gate of Sultan Syarif Kasim II Airport Pekanbaru, Riau. He had been in the car for six hours without eating and drinking.

"Now it is saturated, stiff, hungry, thirsty and some are holding it for six hours," Neno said when he contacted on Saturday (8/25) during the night.

Yet Neno admitted that his condition was still good, even though no one had given him food to eat. "There is no one to take food," he said.

Neno said further, his arrival in Pekanbaru, Riau, to stay in contact with Diana Tabrani Rab. At the same time, he attended the invitation to the # 2019 Declaration of Residence.

"The arrival of friendship, me and Diana have been friends for a long time, it has been for decades, so we are friendly, we all give the people who ask for it, question from the people of Riau and Pekanbaru himself," he said.

Neno is known for his departure from Jakarta via the airport Halim Perdana Kusuma, around 1:25 pm in the evening. Then they arrived at Pekanbaru SSK II Airport, at 3.30 pm.

For Pekanbaru Neno came together with Mursal Fadillah, Syamsul Balda, R Mardi Hardjono. He was then picked up by Diana Tabrani Rab and her husband. "Alhamdulillah, I used his car, we left the airport, it was a bit hampered by many people, but I think the Malaysian country is very glorified," he explained.

Although it was demonstrated by dozens of people who refused to come and were taken back to the airport by the police and TNI, Neno did not feel worried. "I'm not worried, especially with Mrs Dian Tabrani and her husband who is actually a resident of Pekanbaru," he said.

Despite being picked up by Riau community youth leaders, the police still did not allow the car that Neno and the group transported to leave the airport. Because there is fear, there will be chaos.