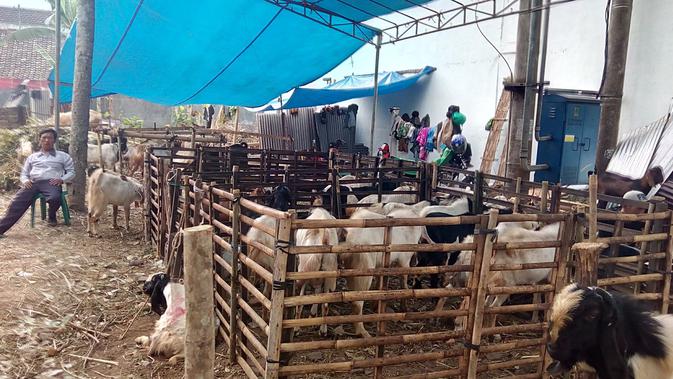 Liputan6.com, Malang – The Malang City Council, East Java, completed an offensive animal health check for Eid al-Adha 2018. As a result, there were no diseases that could infect humans. Another finding was that the number of locations for the sale of sacrificial animals decreased.

In the Livestock and Animal Health sector, the Malang Department of Agriculture and Food Security (Disperta KP) registers 115 locations for the sale of sacrificial animals this year. With the number of animals, no less than 237 cows, 3,953 goats and 161 sheep were examined.

"There is a decrease in the number of sales locations, about 10-15 percent compared to last year, due to the lack of vacant land in different places," said Head of the Livestock and Animal Health Division of Malang City Disperta KP, Anton Pramujiono, Monday 20 August 2018.

The interest in the sacrifice of goats and sheep itself usually decreases, because many have switched to offering livestock together. The price of a goat starts from Rp. 2 million to 4.5 million, while cows Rp. 16 million to Rp. 25 million per head. A joint venture of cattle sacrifice is sufficient to Rp. 2 million for the sacrificial commission.

"Goats are quiet, the price is equal to the value of a joint venture for cows. Many people now opt for cattle sacrifices," says Pujiono, a pet trader at Jalan Gadang Malang.

At Idul Adha 2018, Pujiono and his colleagues sold 28 cows and 40 goats. In fact, there were only 17 cows and 90 goats last year. While the rental location to sell 4 days is IDR 4 million.