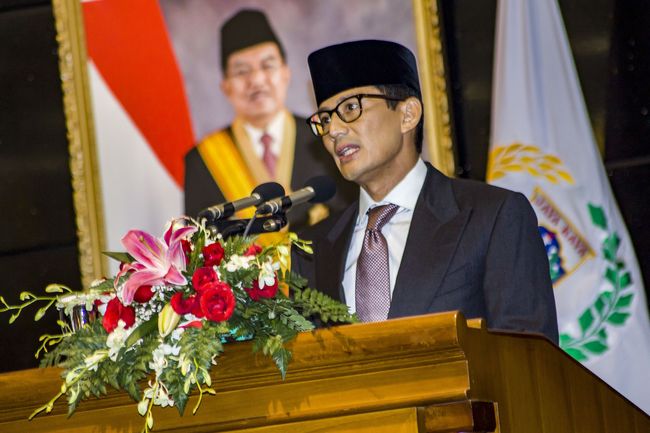 Jakarta, CNN Indonesia – Secretary of the Gerindra faction of DKI Jakarta DPRD Syarif said his party had not yet decided to replace Sandiaga Uno in the seat of the deputy governor of DKI Jakarta.

Gerindra is still waiting for Sandi's resignation letter to be signed by President Joko Widodo.

Syarif said after the presidential decree had fallen, Geratra DPP president Prabowo Subianto himself would lead the discussion.
He confirmed, however, that the replacement of Sandiaga had already been signed by the DKI-DPRD before the APBD discussion began in 2019.

At a separate meeting, the chairman of DKI Jakarta, DPRD, Prasetio Edi Marsudi said that there was no deadline for the party that bore the name of the new vice-governor.

"The mechanism is on the carrier's side, but if there are already two candidate names, I will immediately process them", said Prasetio at the DKP Jakarta DPRD building, Monday (27/8).

Previously the password sent on 9 August 2018 a resignation letter as the deputy governor of DKI Jakarta to the DKP Jakarta.

But it was not until today that the letter was read by Sandi during a Plenary session in Jakarta.

After this, the DPRD will send the letter to President Jokowi via the Ministry of the Interior. Then Jokowi will sign it.

Only then did the carrier party, in this case PKS and Gerindra, submit two names to the DVRD. The DPRD will then authorize the replacement of the password by means of the vote during the plenary session. (End)