Idrus Marham would have influence as a Golkar Elite 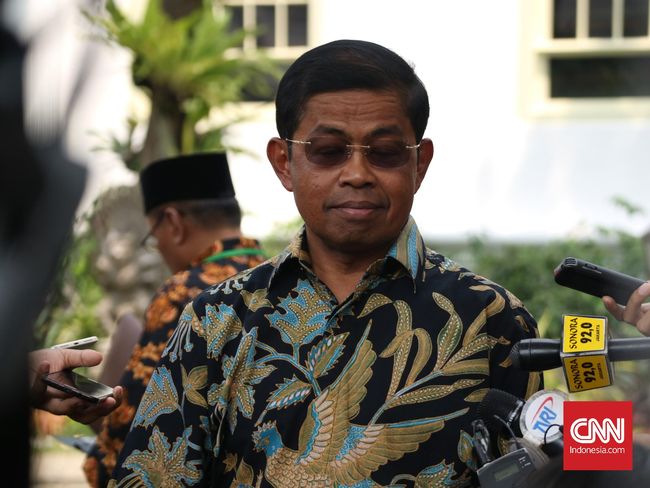 Idrus and Eni Saragih both take refuge in the party with the banyan tree. Idrus also served as secretary general and acting (plt) general chairman of the Golkar party.

"Yes, maybe it can be one of them, one of them", said KPK vice-president Basaria Panjaitan in the KPK building, Jakarta, Friday (8/24).

Basaria stated that Idrus Eni helped Saragih smooth the interests of Blackgold Natural Recourses Limited represented by Kotjo in a cooperation agreement for the construction of the Riau-1 steam power plant (PLTU).

"We do not doubt whether the position of IM as chairman or minister or as secretary-general is in his position, but the person involved helps," he said.

Idrus was mentioned as a bribery suspect in connection with the Riau-1 PLTU building project. He would receive a gift or promise from shareholders of Blackgold Natural Recourses Limited Johannes B Kotjo, together with the former Lower House Committee VII Vice-President Eni Maulani Saragih.

The former Secretary General of the Golkar party was suspected of knowing and having an interest in the money that Eni Saragih received from Kotjo, which is around November-December 2017 and has a turnover of Rp4 billion and March-June 2018 around Rp.2.25 billion.

Idrus also reportedly played a role in the effort to sign the Purchase Power Agreement (PPA) in the Riau-1 PLTU building project. The project was temporarily suspended after this bribery case came forward.

Not only that, Idrus was also suspected of receiving an agreement to get the same share as the quota of Eni Saragih of US $ 1.5 million from Kotjo. The money will be given if Idrus succeeds in helping Kotjo get the Riau-1 PLTU project worth US $ 900 million.