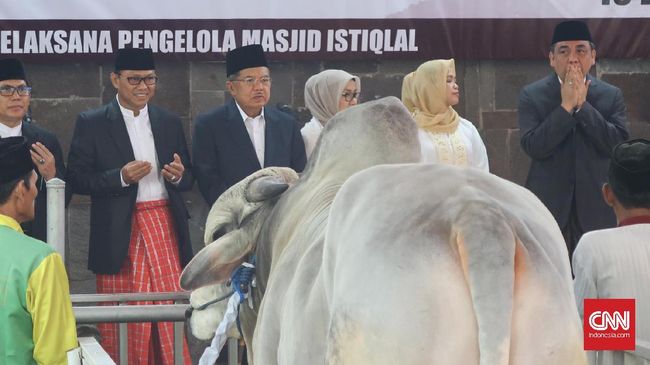 Jakarta, CNN Indonesia – Main Protocol department Istiqlal mosqueAbu Hurairah said that his party would hand out around 5,000 bags of meat to people in need or mustahik.

This amount is due to 26 cows and 17 goats that have been slaughtered.

"Mustahik we estimate that the number of animals like this could be around 5000," Abu said at the Istiqlal Mosque, Jakarta, Wednesday (8/22).

Each bag, Abu continued, contains one kilo of meat and will be given to one family.

Abu said that his party would give priority to the community around the Istiqlal mosque. For example, those who live in the areas of Sawah Besar and Pasar Baru. Then also in the areas Pejambon, Tanah Abang, Kemayoran and Senen.

"We give priority to mustahik who is close by (with the Istiqlal mosque)," said Abu.

Abu believes that the spread is on the right track for the groups that really need it, because they have worked with RT / RW and community groups when registering the parties in need.

Since last year Abu claimed that there were no complaints from the public about the distribution of off-meat.

In addition, he continued that the Istiqlal mosque always updates the data of the recipient of sacrificial meat.

"If not-update, the fear of this year's mustahik is suddenly rich. That means you have no right to get, "said Abu.

According to Abu Istiqlal mosque always offers meat by supplying it directly to people in need. The community was happy because they did not have to queue to get meat.

"Because (this method) is more human than they come directly to Istiqlal," said Abu.