Jokowi & # 39; s invitation to TNI-Polri can be considered a violation of the 1945 Constitution 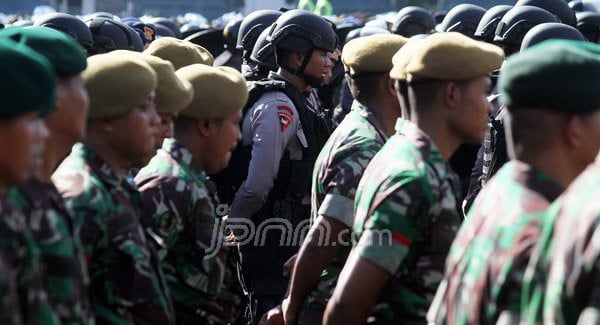 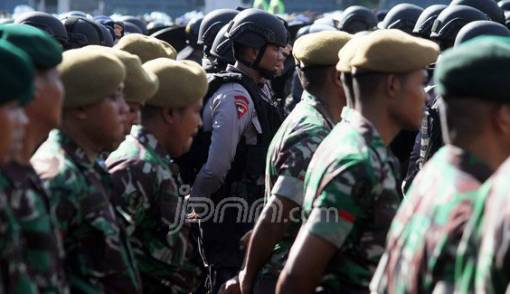 TNI and soldiers of the national police are together. Photo: Ricardo / JPNN

jpnn.com, JAKARTA – The statement by President Joko Widodo, in which he asks the employees of TNI and Polri to participate in socializing the implementation of the government's work program, can remind the public of the doctrine of the Dwi Fungsi TNI / Polri in the past. Because in the past two state institutions, namely the TNI and Polri, were used by Suharto as the front guard in an attempt to win political contestation and to maintain the stability of security.

"Jokowi's request can be qualified within certain limits or considered a violation of the 1945 Constitution of the Republic of Indonesia," said the president of the SETARA Institute, Hendardi told the reporters on Friday (8/24).

Hendardi explained that Article 30 paragraph (3) and (4) of the 1945 Constitution confirmed that the TNI was a national defense instrument, while the National Police were security and law enforcement officials. The relationship between the president and the army and the police is a state relationship in his capacity as head of state.

"If TNI and Polri are asked to socialize the government's performance, the TNI and Polri can be considered violating the constitution," Hendardi said.

The human rights activist said that two institutions, namely the TNI and Polri, were not members of the cabinet who were obliged to socialize the government's performance. In order to guarantee the neutrality of the members, TNI / Polri do not yet have the right to vote according to Indonesian law.

Hendardi said, the significance of neutrality of the TNI / Polri requires that all parties do not drag the two institutions at all in every Republican political event. They are only assigned to ensure that security is maintained and that law enforcement is fair.

Nevertheless, according to Hendardi, President Jokowi probably has other intentions with the statement. It may be that the main objective is to maintain the safety and stability of TNI / Polri by ensuring that the hooks distributed in the community in relation to the performance of the government should be rectified, as this is the political stability and security can disrupt.