Idrus reportedly pledged $ 1.5 million in connection with the alleged bribery cast for the construction of the Riau Power Plant I.

"IM is suspected of receiving a promise, gets the same share, that is 1.5 million US dollars," said KPK Vice President Basaria Panjaitan in a press conference in the KPK Building in Jakarta on Friday (08/24/2018) .

Earlier, the KPK DPR deputy chairman of the Commission VII Eni Maulani had appointed Saragih as suspect in the alleged bribery case in connection with a 35 thousand megawatt power plant project.

Eni is suspected of accepting bribes through a cooperation contract for the construction of the Riau-1 PLTU in the province of Riau.

Eni reportedly bribed Rp. 500 million, which was part of a commitment fee of 2.5 percent of the project value. 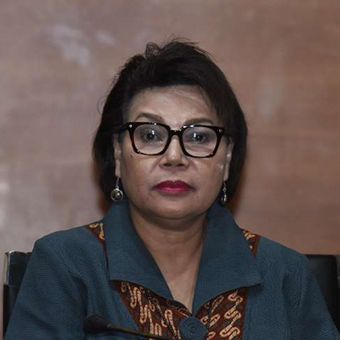 BETWEEN PHOTO & # 39; S / HAFIDZ MUBARAK A KPK Vice President Basaria Panjaitan witnessed KPK researchers who showed evidence of a handheld operation (OTT) at the district court of Tangerang during a press conference in the KPK building, Jakarta, Tuesday (13 March 2016). Of the OTT, the KPK founded four suspects, namely the bribery receiver of the judge in the district of Tangerang, Wahyu Widya Nurfitri and the registrar of substitutes Tuti Atika and bribes of two lawyers Agus Wiratno and HM Saifudin in civil cases in the court of Tangerang.

Commitment costs this was given by Johannes Budisutrisno Kotjo, shareholder of Blackgold Natural Resources Limited.

In this case, the KPK also named Johannes as a suspect for giving bribes to Eni.

According to Basaria, it was discovered during the development of the research that Idrus helped and received bribes together with Eni Maulani.

Also read: Idrus Marham, Prime Minister Jokowi who is a suspect of the KPK

Meanwhile, the promised $ 1.5 million in Idrus will be given by Johannes Budisutrisno.

"The money will be given if the project is successfully executed by JBK (Johannes) and his friends," said Basaria.