KPK is asking officials to receive tickets for Asian Games 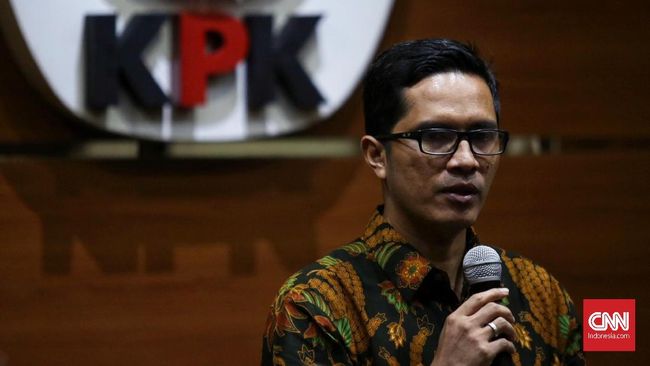 Jakarta, CNN Indonesia – The Corruption Eradication Commission (KPK) has asked government officials or officials (PNS) to receive tickets for the Asian Games in 2018 from the INASGOC organizers, who reported on the prize.

"If there is an official who receives a ticket to watch the Asian Games of 2018, except for official invitations such as the opening invitation that has been made, the payment must be reported according to the provisions of Article 16 of the KPK Act", said spokesperson Febri Diansyah of KPK in a message. short, Monday (27/8).

Febri said that his party had received information from many state administrators who had received tickets and even asked to watch the four-yearly sports party game with INASGOC. According to Febri, this was not justified by the rules.

"We therefore urge the civil servants to report immediately to the KPK bonus board when they have received the ticket," he said.

Febri said that state officials should be professional and enforce anti-corruption principles by not asking directly or indirectly for facilities that are not accepted because of their position.

Gratification reporting, said Febri can be done online via the Gratification Online (GOL) application, on Android or IOS or access to gol.kpk.go.id. Within no more than 30 working days the KPK analyzes whether the tip of the recipient or the state is.

"The KPK urges state administrators or civil servants to report any acceptance of tips related to the job and in violation of their duties and obligations within 30 working days of receipt," Febri said.

Tips according to the interpretation of Article 12 B of Act No. 20 of 2001 on the eradication of criminal acts of corruption are gifts in the broad sense that include money, goods, commissions, interest-free loans, travel tickets, lodging facilities, travel, free medical treatment and other facilities.

Map satisfaction emerged after many people protested in a number of sports during a four-year event with limited admission tickets. When the public no longer had any cards, a number of locations for the Asian Games in 2018 were silent.

It is estimated that empty seats are due to tickets that have been booked but not to the location. This incident ensured that the Asian Olympic Council (OCA) acted decisively by giving INASGOC as an organizer a warning.

In the letter dated 21 August 2018, signed by the secretary-general of the OCA, Husain Al-Musallam, it stated that the vacant seats in the Asian Games 2017 in 2018 still had many vacancies at different locations, supplemented with competition managers or location managers which came from officials of the national federation of sports federations.

OCA said the state of the empty chair did not make up the display, especially for publication purposes. In addition, the policy has been made solely by OCA to meet the interests of the public who want to view the competition.

"Previously, the OCA had instructed that the places given to the officials were not more than 10 percent of the site's capacity. We would appreciate it if you passed this location on to the location officials involved," said the OCA statement.

INASGOC currently claims to refine the online ticketing system. It was necessary to prevent offline ticket sales via ticket offices in the GBK area.

"So now we let everything run online, so there are no events such as double tickets. The system is refined, so that people who have accreditation use the public seats. If they are online, there should be no brokers," said Francis. , (Clear)