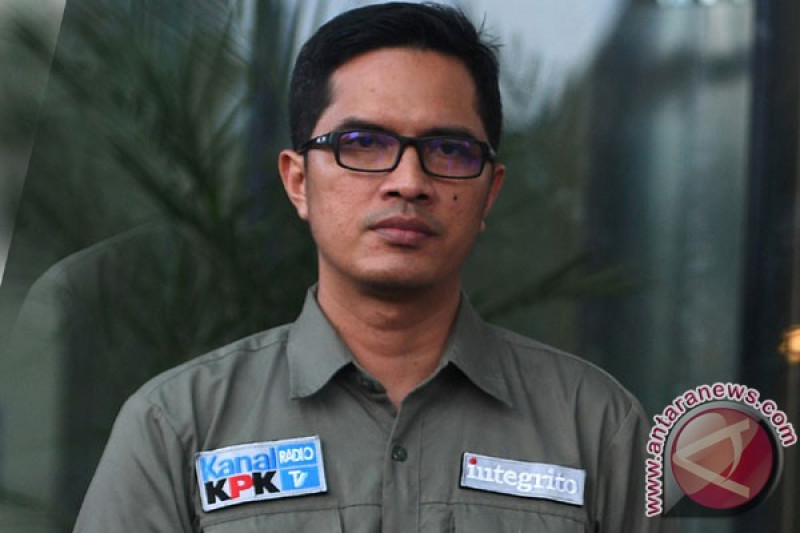 Jakarta (ANTARA News) – The KPK investigated members of the Lower House Commission XI, in charge of finance from the National Mandate Party (PAN) faction, Sukiman, as witnesses in cases of alleged bribery in connection with proposals for regional financial equilibrium in the Revised Design of the State Budget 2018.

"Our Sukiman clarifies the knowledge and the relationship with the suspects AMN (Amin Santono) and YP (Yaya Purnomo).

Today's investigation is the recast of the call that should have been scheduled for August 13, 2018, "said KPK spokesperson Febri Diansyah Tuesday in Jakarta.

"At that time, the person in question could not come because of the niche," Febri added.

Earlier, the KPK had searched the official residence of Sukiman on July 26, 2018 in Kalibata and in the apartment of an expert staff.

"Documents were confiscated from official houses and confiscated from the apartment by the Toyota Camry, and researchers will trace the origin of money in connection with the seized car," Febri said.

In this case, the KPK also called Linda and Handi from the private sector and the Balikpapan city official Tara Allorante.

Earlier, the KPK had examined members of the House Commission IX of PPP, Irgan Chairul Mahfiz and mayor of Tasikmalaya, who were also PPP executives, Budi Budiman. Even the KPK seized Rp1.4 billion from the residency of the deputy head of the PPP Bendum.

In this investigation, the KPK documented the evidence or preliminary evidence that the practice of budget management was reportedly also related to Yaya Purnomo in a number of regions & # 39; s.

In addition, there are a number of central and regional legislative members and party administrators who are also referred to as witnesses, namely Majalengka district DPRD member Deden Hardian Narayanto, PPP general deputy treasurer Puji Suhartono, Sukiman member of the Indonesian parliament and Chairul Mahfiz Irgan.

In this case, the KPK has identified four suspects, namely members of the House of Representatives Commission XI of the Democratic Party Faction Amin Santono, the private sector and intermediary Eka Kamaluddin, Head of the Department of Housing and Settlement Funding at the Directorate General of Finance Yaya Purnomo from the Ministry of Finance, as well as the bribery provider Ahmad Ghiast.

The KPK conducted a hand-arrest operation (OTT) against the four Friday (4/5) nights in Jakarta and Bekasi.

Amin reportedly received Rp400 million, while Eka received Rp100 million, which was part of a commitment fee of Rp 1.7 billion or 7 per cent of the value of 2 projects in Sumedang, totaling Rp25 billion.

Although the bribe for Yaya was not realized, although Yaya received the proposal from the two projects, namely the project in the office of housing, settlement and land matters in the Sumbedang district worth Rp. 4 billion and the project in the PUPR office in Sumedang, worth Rp, 21.85 billion.

In the OTT, the KPK has fully secured a number of assets that were allegedly related to criminal acts, namely precious metals weighing 1.9 kilograms, Rp 1.844 billion including Rp 400 million secured at OTT locations in restaurants in the Halim Perdanakusumah- area, as well as 63 thousand foreign exchange & # 39; s Singaporean dollars and 12,500 US dollars.

Money in addition to Rp500 million for Amin and Eka and the gold was obtained from Yaya & # 39; s apartment in Bekasi.

Ghiast has been sentenced to 3 years in prison and is currently waiting for a judge's verdict.