Mahfud MD: The image of political parties in Indonesia is very bad 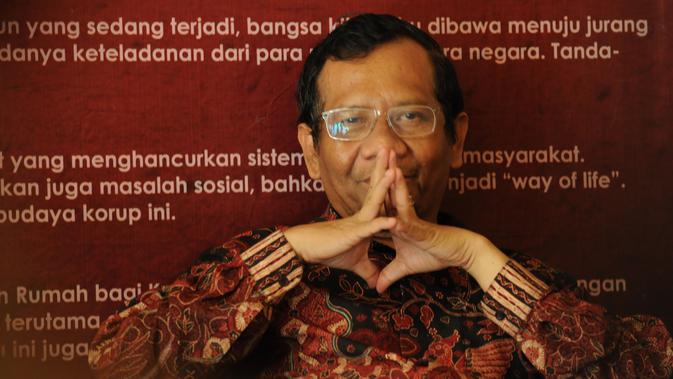 Liputan6.com, Jakarta – The former chairman of the Constitutional Court (MK), Mahfud Md, judged that the parties in Indonesia currently have a bad image. This is reflected in the unrestrained corruption cases perpetrated by party cadres that sit on parliamentary seats.

"It can not be hidden from anyone, it is a very bad image, if we read surveys on the hierarchy of corruption, it always occupies the top of the political parties in the DPR," said Mahfud when he gave material to the PSI candidates. in Balai Sarbini, Jakarta, Monday (8/20) / 2018).

Mahfud said that the presence of a new party in Indonesian politics does not guarantee that the framework will be free of corruption. According to him, the world of parliament is very tempting, and buys and sells real money for personal gain.

"Imagine a law, usually a DIM (problem inventory list) when it comes to natural resources, the political interests are traded, one DIM costs Rp 50 million – Rp 500 million for one board member, and I hear the facts," Mahfud explained .

Although, he hopes that Grace Natalie's party can make a big difference. The birth of PSI in the eyes of Mahfud can be a new historical benchmark on the image of Parliament, stripped of dirty practices as before.

Former Chairman of the Constitutional Court (MK) Mahfud MD said he was asked by Jokowi to live together in the 2019 presidential election.