Many officials request tickets for the 2018 Asian Games Match 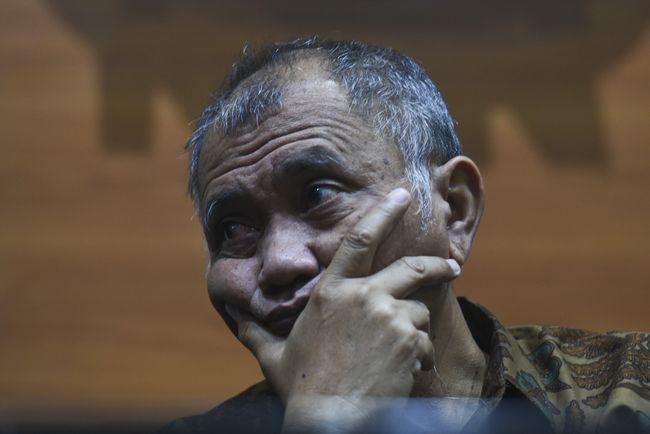 "The report is that many officials ask for tickets to the commission, and there are also state-owned companies that offer tickets to officials," said KPK chairman Agus Rahardjo on confirmation via SMS on Tuesday (28/8).

Agus said his party did not know who the officials and BUMN were in which areas the organizers of the race ticket, INASGOC, asked. Agus emphasized that his party would certainly investigate the report.

"We are currently in the process. The Corruption Eradication Commission confirms that the above actions are in the area of ​​satisfaction," he said.

Earlier, KPK spokesperson Febri Diansyah said his party had received information from many recipient countries and even asked for tickets to view the four-yearly sports party match with INASGOC. According to Febri, these rules are not justified.

Febri also asked officials who had applied for or received tickets for the Asian Games in 2018 to report to the KPK.

"We therefore urge the civil servants to report immediately to the KPK bonus board when they have received the ticket," he said.

Reports about tips, Febri said can be done online via the Online Gratification (GOL) application, on Android or IOS or access to gol.kpk.go.id. Within no more than 30 working days the KPK analyzes whether the tip of the recipient or the state is.

Earlier many people protested during the four-year event with match tickets in a number of sports. This incident ensured that the Asian Olympic Council (OCA) acted decisively by giving INASGOC as an organizer a warning.

The reason is that, when the ticket threatens to be empty, a number of arena matches for the Asian Games of 2018 are actually quiet. It was estimated that the empty seats were due to tickets that had been booked, but had not come to the arena to watch the game.

It also received special attention from the Asian Olympic Council (OCA). In a letter dated August 21, 2018 signed by OCA Secretary-General Husain Al-Musallam, the OCA saw that there were still many empty places in different arenas of the Asian Games in 2018 filled with match managers or arena managers who came from officials of the national federation of the sports federation.

OCA said the state of the empty chair did not make up the display, especially for publication purposes. In addition, the policy has been made solely by OCA to meet the interests of the public who want to view the competition.

"Previously, the OCA had instructed that the places given to the officials were not more than 10 percent of the site's capacity. We would appreciate it if you passed this location on to the location officials involved," said the OCA statement.

Responding to this issue, Deputy II of the Administrative Department of the Indonesian Asian Games Organizing Committee (INASGOC) announced Competition Francis Wanandi CNNIndonesia.com said it would execute the OCA command.

INASGOC currently claims to refine the online ticketing system. It was necessary to prevent offline ticket sales via ticket offices in the GBK area.

"So now we let everything run online, so there are no events such as double tickets. The system is refined, so that people who have accreditation use the public seats. If they are online, there should be no brokers," said Francis. ,