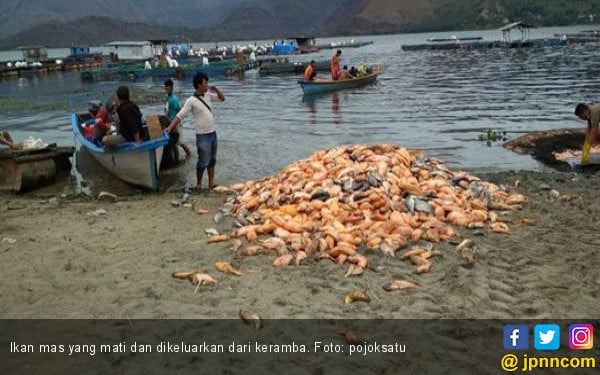 jpnn.com, SAMOSIR – Finally, the government of the Samosir District spoke about the millions of fish that suddenly died on Lake Toba, Wednesday (8/22).

Jhunellis Sinaga said that the sudden death of millions of fish in Lake Toba was caused by changes in water temperatures through the head of fishing in the Samosir district.

"This is the result of upwelling, while the temporal temperature changes occur.The temperature from the bottom of the lake rises to the surface," Jhunellis said, Thursday (23-08-2018).

He said that the sediment waste from different types of content rises to the surface at the bottom of the lake. As a result, the fish can not get the maximum oxygen.

"Temporary data of 140 KJA plots that already contain carcasses, if the weight of the dead fish is estimated at 180 tons," he admitted.

He mentioned the type of fish that died as mujair, tilapia and mas. "The whole fish is ready for harvest," he added.(nin / fir)