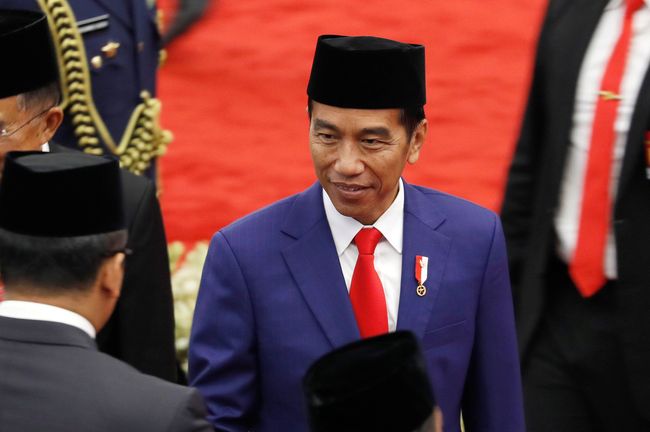 Jakarta, CNN Indonesia – So far the National Campaign Team (TKN) Joko Widodo-Ma & # 39; ruf Amin does not have a chairman yet. Perindo Secretary-General Ahmad Rofiq said the criteria for the leader of the campaign team, Jokowi-Ma & # 39; ruf, should be young and had fresh thoughts and timeliness to navigate 2019 presidential election,

However, said Rofiq, it does not mean that later Jokowi will certainly choose the young people to be the leader of the winning team. Old people who have new thoughts, said Rofi, still have the opportunity to be chosen by Jokowi.

"What Pak Jokowi emphasizes is not really an issue of old or young (age) but young in thinking, ideas," Rofiq said at contact CNNIndonesia.com, Sunday (8/26).

According to Rofiq, the criteria for young souls to attract sympathy among young people or millennials. According to him, the percentage of young people is quite large and reaches about 50-60 percent of the Indonesian population.

After referring to the names of Najwa Shihab and Erick Thohir, Rofiq did not reject them as an opportunity to become successful team leaders. In the eyes of Rofiq Najwa and Erick have the same opportunities as other figures.

"The principle is that the concentration of Pak Jokowi is aimed at young people, they can be young people who are considered successful, but in the coalition circles they do not know who their real names are, everyone has potential," he said.

Yet Rofiq said that everything returned to Jokowi. The decision to elect the head of the team was handed over to the former mayor of Solo, because no coalition party objected to the position of chairman of the team.

"There is no coalition proposing names because they entrust Pak Jokowi with determining who the chair is, so the coalition party has no ambition to take the head of the team's quota," Rofiq said. (Osc)