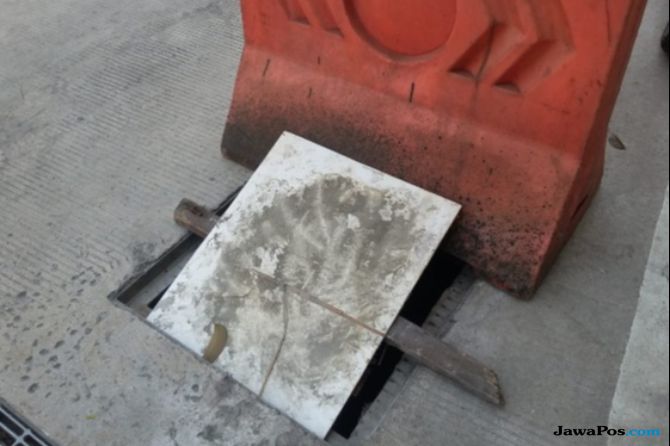 JawaPos.com – It seems that the iron drain or steel grid in the Mampang-Kuningan underpass in South Jakarta is a good item to be converted into rupiah. Because again the iron in the area was stolen by irresponsible people.

In this way there have been three cases of theft of the sewer cover. But unfortunately no perpetrator has been found so far.

Former head of the Criminal Investigation of Mampang Police Sector Iptu Fajrul Choir admitted that his party had trouble finding offenders since the first theft of Mampang interrupted iron at the end of May. "I do not understand," he said when he was interrupted JawaPos.com, Wednesday (8/22).

But what is certain is Fajrul said, the iron has a high economic value. Where the iron is usually sold, he can not find it either. "I do not know where to sell," he said.

Meanwhile, South Jakarta Police Chief Sr. Comr. Indra Jafar did not respond to JawaPos.com's question regarding the loss of the iron diving coverage in the Mampang-Kuningan Underpass.

For your information there are two iron drainage channels on the west side this morning. Namely from Kuningan to Mampang Prapatan. The gap is quite large and can cause accidents, especially motorcycles.

At the location, the traffic cone and the orange barrier are placed above the roadway as a warning for the driver. There are no security agents from the provincial government DKI Jakarta or the police. (DNA)